It’s not often that a celebrity comes to town, but that’s exactly what happened Thursday night when Curtis “50 Cent” Jackson visited the Brooklyn Park Hy-Vee to sign bottles of his signature cognac and champagne.

“I’m a big autograph collector, so for me, this is something new to add to my collection,” said Trent Sylvester, a fan from St. Paul. “I have wrestling, I have sports, a lot of famous people. This is something I don’t have in my collection and I’m happy to have it now.”

Sylvester is one of hundreds who waited in line for hours for this celebrity appearance; something that’s a rarity for the suburb of Brooklyn Park.

“Right? That’s why I was like, I gotta come out here and see 50 Cent,” said Michel Jones of Roseville. “Brooklyn Park? I don’t live that far, so I’m gonna come out here.” 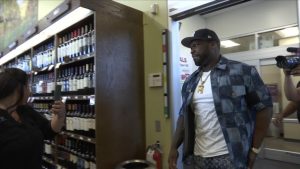 Partnership between Hy-Vee and Sire Spirits

Thursday’s event was the first of 11 Midwest stops for the rapper, actor and entrepreneur to promote the partnership between Hy-Vee and Sire Spirits, which is owned by 50 Cent.

“He is obviously a Grammy-winning artist, and he is known the world over,” said Sarah Bol, a marketing manager for Hy-Vee. “But it’s really great to have him here to get to meet all of the people who love and appreciate him for the work that he does, and also show another side of the things that he does as far as being a business owner as well.” 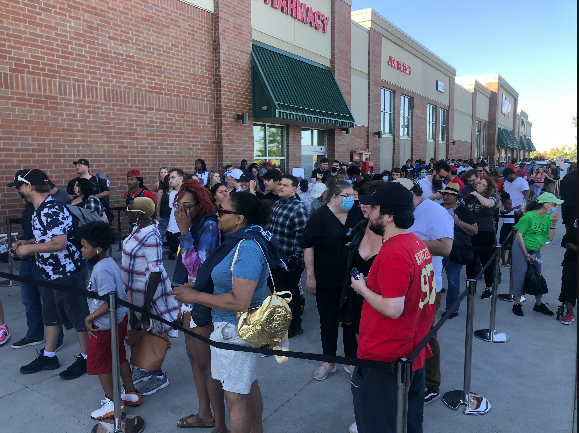 Hundreds of fans lined up to see 50 Cent at the Brooklyn Park Hy-Vee on Thursday.

Fans wanting to get their hands on the memorabilia had to fork out between $50 and $70 for a signed bottle, whereas a VIP package featuring his top bottles — and the opportunity to take a photo and video with him — cost between $350 and $800.

Yet for many, cost wasn’t a deterrent.

“I love him, so I need this,” Jones said. “I need his signature, I need to see him. I’ve only seen him in his official music videos”

Children are often taught to learn the value of a dollar, but for one night in Brooklyn Park, nothing was more valuable than 50 Cent.

“They took a few photos and they did a video,” said Sylvester. “I’m like, this is sick!”