Lawmakers returned to the state Capitol on Monday for a special session to pass an array of budget bills that provide funds for the next two years. The work needs to get done by July 1 to avoid a government shutdown.

House Speaker Melissa Hortman, DFL-Brooklyn Park, calls the passage of a public safety bill her No. 1 priority during the special legislative session. But she expected that bill to be the last to come together, calling it “challenging” on both the finance and policy sides.

“What we need to do a better job of is making sure that we have resources to prevent violence before it occurs and to not have officers with lethal force responding to incidents that don’t require lethal force,” said Hortman during a press conference Monday.

In a statement released to the media, Senate Majority Leader Paul Gazelka, R-East Gull Lake, said his chamber is “committed to considering thoughtful offers to improve public safety, but will not be taking any proposals that make it harder for our state’s law enforcement to do their job.”

Meanwhile, the House speaker said many of the bills are either done or close, including an E-12 education funding bill. A bonding bill, which would fund infrastructure projects around the state, is in the “early stages,” said Hortman, who expects the special session to last seven to 10 days. 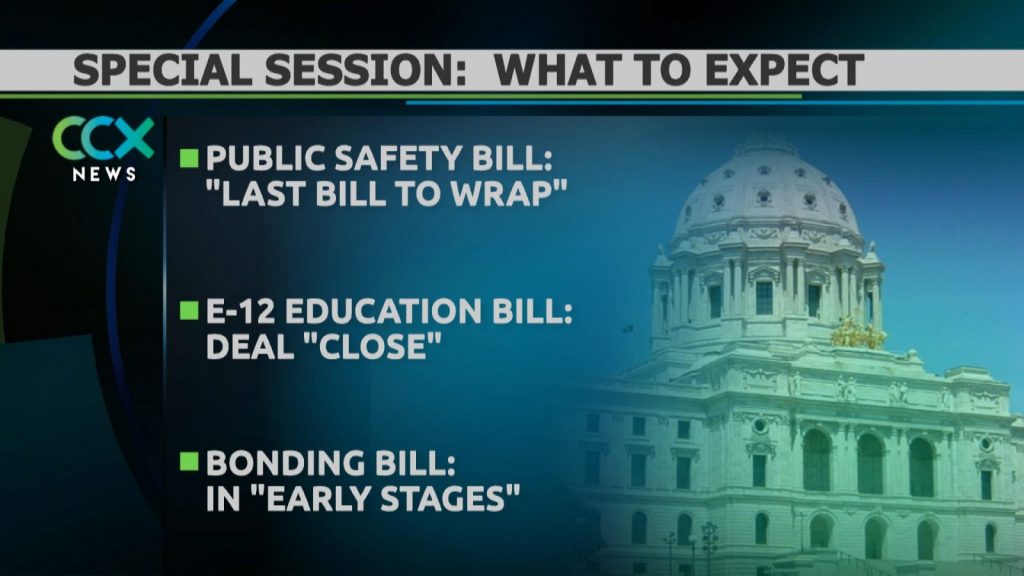