An unused portion of land owned by the Golden Valley Country Club could soon be occupied by single-family homes.

Edina-based Ron Clark Construction is looking to build seven single-family homes on 2.25 acres of land near Pennsylvania and Plymouth avenues. For that to happen, the city council would have to approve rezoning the Golden Valley Country Club property to allow for residential development.

However, the council tabled a zoning change vote on May 4. That’s because the Metropolitan Council also needs to review the rezoning plan. City officials say they don’t foresee any issues with that part of the process. Once the Met Council makes its decision, then the city council can finalize the rezoning.

One aspect of the project that city officials say they will watch closely is how the proposed development will impact trees and Bassett Creek, which runs through the site.

If the rezoning gets approved, the developer will come back to the city with more detailed plans on the proposed layout for the homes. That part of the process will involve additional rounds of review and approval by Golden Valley officials. 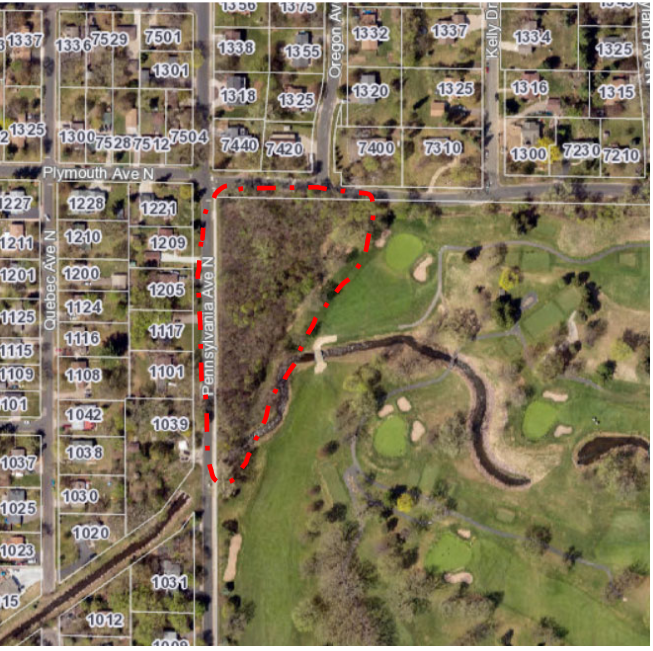 An aerial photo showing where the proposed homes would be built on Golden Valley Country Club land.