A celebration of culture and religion takes place in Maple Grove this weekend.  More than 15 years ago members of the Hindu Society of Minnesota chose Maple Grove to be the home of their new temple, one of the largest temples in North America. 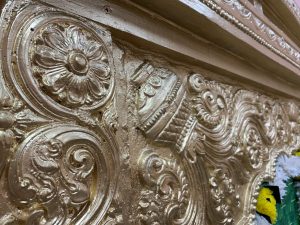 Intricate work inside the smaller temple, Gundicha Mandir, that will be inaugurated this weekend.

There are 50,000 Hindus from across the Midwest who visit the Maple Grove temple regularly. During the anniversary weekend, as many as 2,000 people are expected. Minnesota Governor Tim Walz is also expected to visit.

Besides the anniversary of the temple, there will be an inauguration of the Gundicha Mandir, a smaller temple on the property. 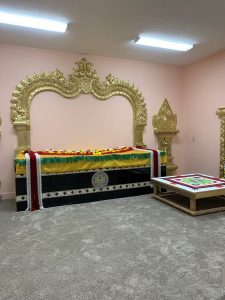 Shrines will be installed inside the Gundicha Mandir this weekend as part of the 15th anniversary celebration.

The Hindu Society of Minnesota also recently installed solar arrays on the property near the temple. To see that story, click here.