Many people are struggling to stay afloat as prices rise at gas stations and grocery stores. The U.S Labor Department released the latest economic numbers on Tuesday. Officials say the inflation increase for March was the highest in more than 40 years. The consumer price index jumped 8.5 percent over the past year.

“I think they’re terrible. I don’t know when there’s going to be an end to it,” said Brooklyn Park resident Connie Jackson, talking about high gas prices. “I just don’t go all the places that I used to go and things like that, but what are you going to do?”

Shoppers are experiencing sticker shock at the grocery store too. Everything from produce, eggs and meat will cost you more.

“Food, depending on what you’re looking at, beef is up 40 percent. So, it’s all over the board. But put it this way, it’s a lot more,” said Carlson School of Management Marketing Chair George John. “We’re in a huge period of inflation. There’s no question about it.”

Financial experts say several factors contribute to the hike in prices, including the global pandemic, which shut down a lot of production and the war in Ukraine.

“You put all these things together. It’s like throwing gasoline literally on a fire,” said John. “You and I cannot do anything about it. Whatever we have to buy, we have to buy. There’s no way to escape inflation.” 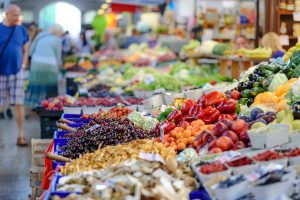 Consumers are paying more at the grocery store for produce, eggs and meat.

High Prices Cause Delays in Crystal

The economy is impacting local cities too. Officials in Crystal say they have to pay more for certain goods and services.

Crystal Community Development Director John Sutter says it’s a mixed bag for the city. While some construction bids have come in underestimated costs, the city is experiencing longer wait times for some supplies. So, they’re paying higher prices for those items.

“A couple of examples are IT equipment. Not only are prices going up, but most significantly, they are greater delays in getting what we need,” explained Sutter.

Sutter says one example of that is when the city purchases new vehicles.

“We’re now at a place where when we need to order a replacement vehicle, our public works or police departments are ordering vehicles a year in advance because of the supply chain issue,” said Sutter.