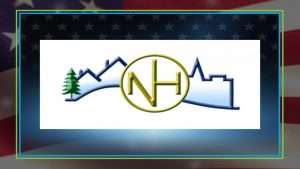 Hemken has been mayor for the last 12 years.

In a campaign statement to CCX News, Hemken said she wanted to continue upgrading housing stock through the scattered site program. She also said she would work to attract more businesses to New Hope and increase the tax base.

Voters elected two at-large candidates to the New Hope City Council, one face will be a new one to the council, as Cedrick Frazier didn’t run for re-election and is running for House 45A. (hyperlink to 45A)

Michael Isenberg has lived in New Hope since 2005 and has been very active in community organizations like organizing a toy collecting drive to support New Hope Police, New Hope Citizens Advisory Commission and more. In a statement to CCX News, Isenberg hopes to attract new business and promote housing development, maintain fiscal responsibility, reinforce a solid relationship between New Hope police and residents and enhance communication between the city and residents.

Austin Berger suspended his candidacy, although his name appeared on the ballot.

Andy Hoffe was first elected to the city council in 2004 and has served four terms since then. He’s lived in New Hope for 40 years and is a retired government and economics teacher from District 281. He still is a substitute teacher sometimes. In a statement to CCX News, Hoffe says he believes in a common sense approach to government and is committed to working with people to find solutions through compromise and hard work.