Experts: Flu Season Could Be ‘Challenging and Difficult’

Now that it’s October, the unofficial start to the flu season is here, and health officials are urging people to start thinking about getting their flu shots.

“There are some reasons to think that we may have a difficult or more challenging flu season this year, and one of them is that, all of the things that have protected us the past two years are gone,” said Dr. Hannah Lichtsinn, an internist and pediatrician at Hennepin Healthcare.

But now that people aren’t taking those same precautions, it increases the risk of influenza spread, making the flu shot more important this season. That’s particularly true for the elderly, young kids and pregnant women.

“I think that we are just starting to see the front edge of the flu wave hit the metro area in Minnesota,” Dr. Lichtsinn said. “Flu hits different communities at different times during the fall and has been present in some southern states already. We’re now seeing it here. So it’s a really good time to get your vaccine because it takes a week or two after vaccination to have a full level of protection from the vaccine.” 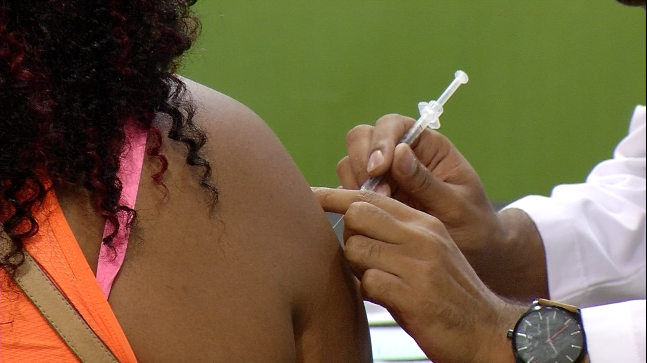 According to the CDC, recent studies show that flu vaccination reduces the risk of flu illness by between 40% and 60% among the overall population during seasons when most circulating flu viruses are well-matched to those used to make flu vaccines.

Health experts say the flu season generally lasts from October through March. Doctors also say it is safe to get both your flu shot and your COVID-19 vaccine at the same time.

Meanwhile, CCX News reached out to the Minnesota Department of Health to ask whether this flu season is expected to be “severe,” and whether we’re currently lagging in the number of flu shots administered compared to previous years. These are the answers they provided:

Whether the flu season is supposed to be “severe”?

We can sometimes observe what has happened or is happening with influenza in the Southern Hemisphere to infer what might happen with our flu season in the north. There have been reports of increased severity and numbers of cases in some countries in the southern hemisphere. However, we know that influenza is highly unpredictable, and there are many factors that could influence how influenza behaves this season, such as weather, people’s behavior, changes in the virus itself, etc. We’ve been waiting for this “twindemic” for two years now and it hasn’t happened, and it’s impossible to say if it will. On the pro-twindemic side, the lack of flu illnesses/exposures over the last two years would hypothetically increase the risk of a bad season as community immunity is lowered. On the anti-twindemic side, it’s possible that COVID suppresses flu infections (but this would need much more study to be properly assessed). Also, what we do matters. While there are always things about the influenza virus that we can’t predict and can’t control, like how virulent it is, etc., there are things that we can control. We can limit the spread of flu by doing those things that we know have worked – for flu and for COVID. The first of those is to get vaccinated. Now is the time, but it’s never too late. And then, stay home if you’re sick, wash hands, cover coughs and sneezes, and, if you’re really concerned, you can practice social distancing and wear a mask to protect yourself and others.

Whether we’re lagging behind on flu shots?

The answer to this depends on what you are comparing this flu season to. Even when we have had better uptake of the vaccine in some years compared to others, we have not been at the level that we would like to see for general population overall, though some groups, like people over 65, have higher percentages of coverage and thus better protection than others.  So there is always room for improvement in our use of the influenza vaccine. That said, Currently, preliminary data for this flu season show flu vaccine uptake is slightly lower than previous flu seasons. However, all data are subject to change as more data is submitted by provider organizations. This preliminary data for this current flu season is similar to the 2017-2018 flu season. It is much lower than the 2018-2019, and 2019-2020 flu seasons. The ‘21-‘22 season actually falls right between the 17-18 and 18-19/19-20 seasons. The ‘20-21 season has the highest vaccine uptake of all the seasons (17-18 through current season). But again, It’s not too late to change this statistic. Get a flu shot at your next opportunity and while you’re at it, you can get the bivalent COVID booster as well.

Related: ‘Not out of the woods yet,’ Doctors Urge COVID-19 Booster Shots