Brooklyn Park police are looking for the shooter responsible for unleashing a barrage of bullets in a neighborhood.

The incident happened at around 8:45 a.m. Friday near the 3500 block of Brookdale Drive. Brandon Dittel was still cleaning up Monday morning after the gunfire hit his vehicle. Two of his back windows were blown out.

A bullet also pierced the roof of Brandon’s SUV. You can still see shattered glass in the trunk. 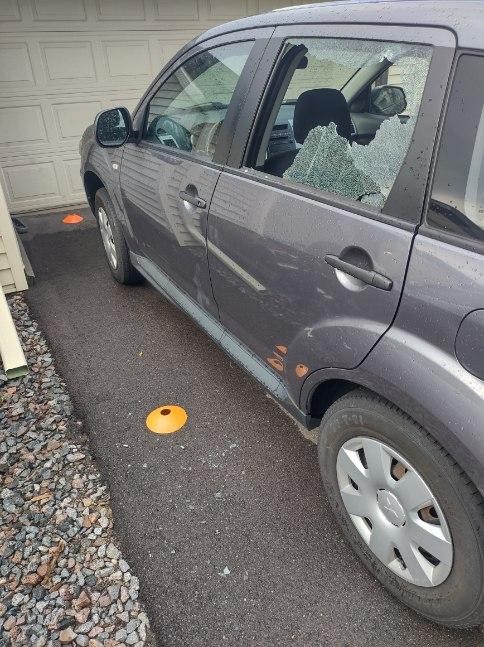 The Brooklyn Park resident will have to pay for the damage out of pocket because he only has liability insurance.

Meanwhile, investigators are still trying to determine who did this. When they got on the scene, they found evidence of multiple shell casings.

“There were 11 shell casings spread out amongst the blocks. So, the crime scene was a little bit bigger. It spanned about one city block,” explained Brooklyn Park police Inspector Elliot Faust.

No one was hurt in the incident. There are no suspects in custody, police said. If you have any information, call Brooklyn Park police.