Local and state officials were at the Takeda facility in Brooklyn Park on Thursday to put their best foot forward for a group of Japanese business leaders from the Japanese External Trade Organization (JETRO).

State and local leaders hope to attract more businesses like Takeda to Minnesota.

“The governor and our team at DEED have done a lot to throw out some incentives, some job skills training,” said Steve Grove, the commissioner of the Minnesota Department of Employment and Economic Development (DEED). “It’s no mistake we’re at Takeda. We’ve done a lot here to help them expand, and so this is part of the business development. This is a competitive time in our economy. We are fighting tooth and nail with other states for expansions, for growth, connections like this to companies who are considering where to come in the U.S., and showing them what’s possible here is a big part of our strategy.” 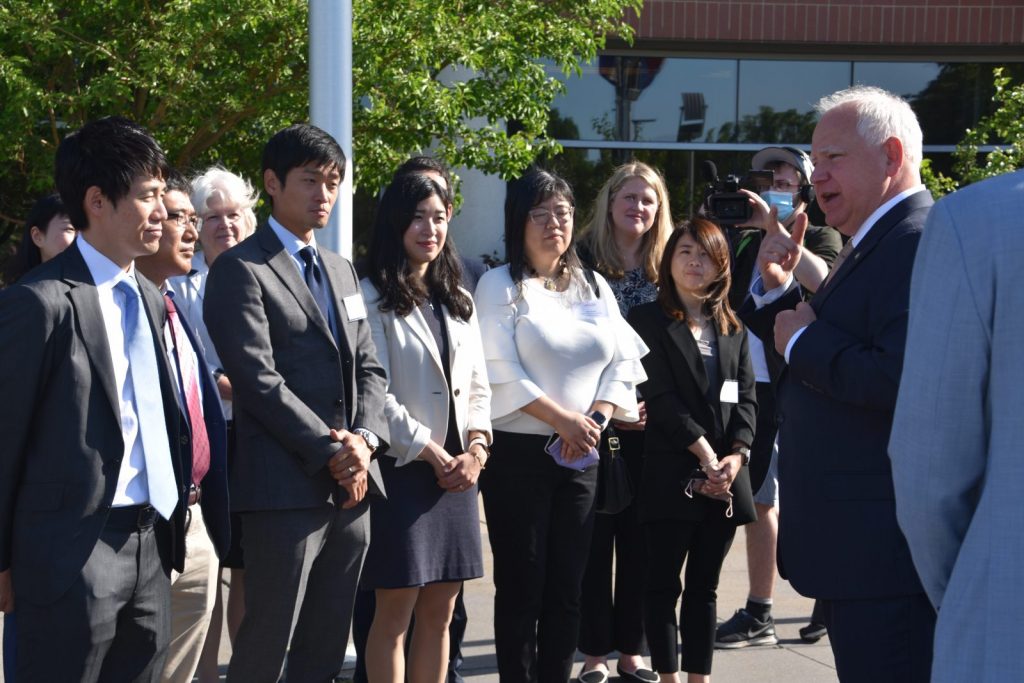 Governor Tim Walz and other leaders touted the different incentives the state can offer.

“They’re not going to bring companies here if we don’t have employees to work in those businesses,” said Brooklyn Park Mayor Lisa Jacobson. “And as that’s been a struggle nationwide to get employees, that has to be part of the equation as well. And so what happens from here I think is up to [JETRO]. But we’re doing all we can to show off what Brooklyn Park can do for a business of this magnitude and for the governor to be here to talk about what the state can do as well.”

In addition to visiting the Takeda campus, the Japanese business leaders have stops planned at the University of Minnesota and in Rochester.