A Plymouth company is being recognized for its clean energy efforts.

Governor Tim Walz highlighted the work of Daikin Applied as he unveiled a series of budget proposals Thursday aimed at investing in Minnesota’s economic future.

Daikin Applied is a 100-year-old business that designs and manufactures advanced commercial and industrial HVAC systems for customers around the globe. The Company’s CEO says they use energy-efficient products to reduce climate impact.

“We make offices more comfortable. We make the air in the hospitals and the schools more reliable, more effective, and cleaner,” said Daikin Applied CEO Jeff Drees. “We are certainly reducing the carbon footprint of our customer’s buildings.” 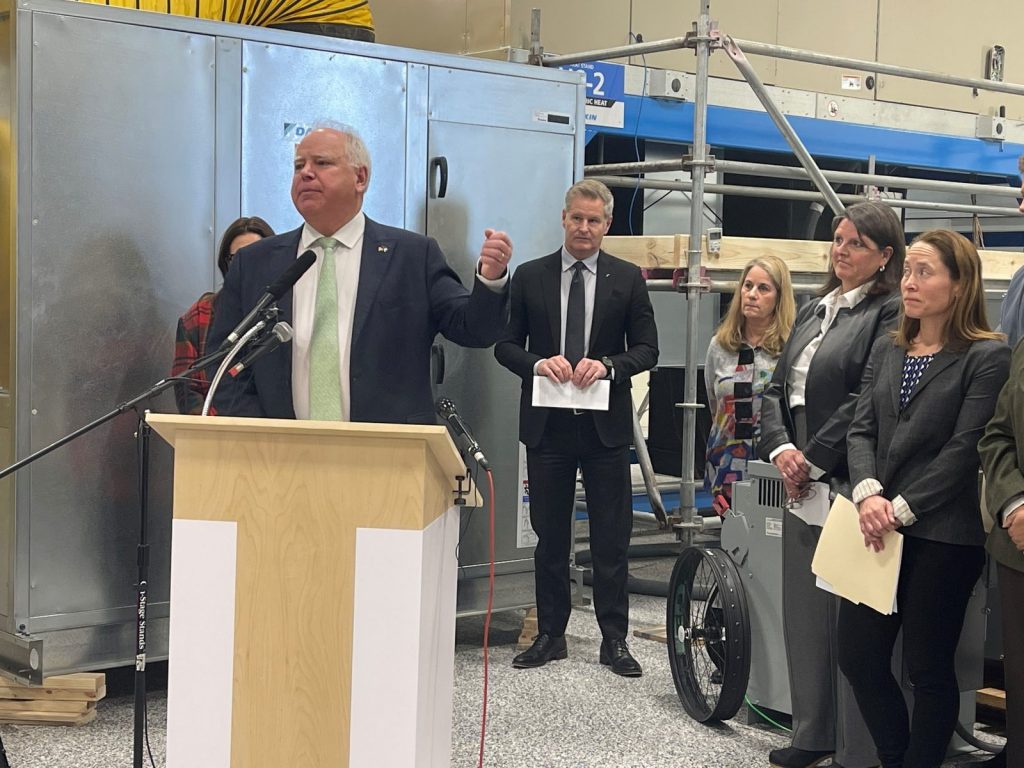 Thursday, Governor Tim Walz released the second portion of his One Minnesota Budget.

“This is not a choice between addressing climate and being sustainable and creating jobs, they go hand in hand, and Minnesota wants to be a leader on those fronts,” said Governor Walz.

The economic portion of the plan is more than $4 billion, and the agriculture budget is $100 million. Earlier this week, the governor unveiled a $12 billion package of proposals aimed at making Minnesota the best state in the country for kids. This proposal would lower the cost of child care for middle-class families and reduce child poverty by expanding tax credits for families.

The governor’s two-year budget proposal will be fully released on January 24.