Minnesota Governor Tim Walz announced Wednesday that restaurants will be able to do outdoor dining and hair salons will be able to reopen with 25% capacity restrictions on June 1. Salons and barbershops have been closed since March 17.

There’s no set date yet when indoor dining will be allowed. That is expected to be part of the next phase, which is also expected to bump up the number of people allowed to gather to 20 or less.

Walz acknowledged how difficult it has been for small business owners, but pointed to states like Georgia already open where restaurant reservations are only 15 percent of what they were before the COVID-19 pandemic spread across the U.S.

“These announcements show exactly why the governor should be working with the legislature instead of going it alone. What is the science that allows indoor salon services but restricts restaurants to outdoor seating?” said House Minority Leader Kurt Daudt, R-Crown. “Outdoor seating at bars and restaurants should begin immediately—we need to trust our businesses to protect the health and safety of employees and customers.” 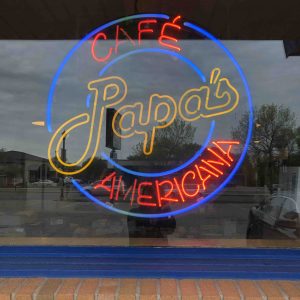 At Papa’s Cafe in New Hope, owner and chef Doug Staricha says the coronavirus pandemic has taken a toll on his business.

“We want to have realistic goals and realistic protocols,” said Staricha. “We want to keep people safe, but I think it’s also about making them feel safe.”

His small restaurant will continue to do curbside takeout. One of his employees also started a GoFundMe page to help him pay rent.

Staricha says he’s doing everything he can to keep the business going.

“I get up about 6 in the morning and go to bed about 10 o’clock and probably have an hour to take my dog for a walk and I eat, and then I go to sleep, literally every single day,” he said.

Hair stylist Jamie Karasch, a Maple Grove resident who runs a Salons by JC location in Minnetonka, says the lengthy closure has been difficult because of all the times the restrictions have been extended. 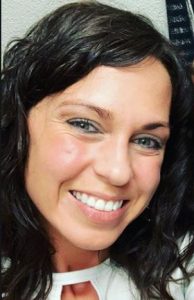 “The thing that’s been frustrating, it’s not been shut down once or twice, it’s like five times I think now,” she said.

And that takes a toll she said because of how many times she’s had to reschedule customers. But now Karasch has a little more certainty, allowed to operate at 25% occupancy starting June 1. The owner of Salons by JC has already given Karasch and other cosmetologists like her guidance on reopening protocols. Those include keeping doors locked and only letting scheduled customers in, taking temperature checks of customers and requiring masks for not only her, but of customers. She expects to do basic haircut services to start on June 1, but is still glad to see her longtime customers.

“I’m kind of like a therapist. It makes people feel pretty and happy every day,” she said. “It’s kind of bummer not to see all of my friends everyday.”

Gov. Walz: “Integral to Our Economy”

Gov. Walz says intends to get a haircut on June 4 and then get a restaurant reservation to celebrate his wedding anniversary that day. He says places like these are they’re not only “integral to our economy,” but important in other ways.

You can see the governor’s Stay Safe Plan chart here.