Michelle Christensen and her organization One Good Deed has been collecting winter items for the past several months at her home to prepare for an upcoming event she calls “scarf-bombing.”

“I call it ripples of kindness because it starts with us, but it goes further with scarf bombing. I know that there’s going to be people taken care of. They are going to feel loved and they are going to know somebody cares about them,” said Michelle Christensen.

Volunteers will take the items to Loring Park in Minneapolis and Kellogg Park in St. Paul as a way to give back. Christensen says she’s received thousands of items that have been dropped off at her house for this project.

“Just the simple act of kindness, to me, is a very lost art and it’s not as lost as people think actually because I don’t think I could do this as loosely as I do if there weren’t some really, really good people,” said Christensen.

The scarf-bombing event is on Jan. 9. 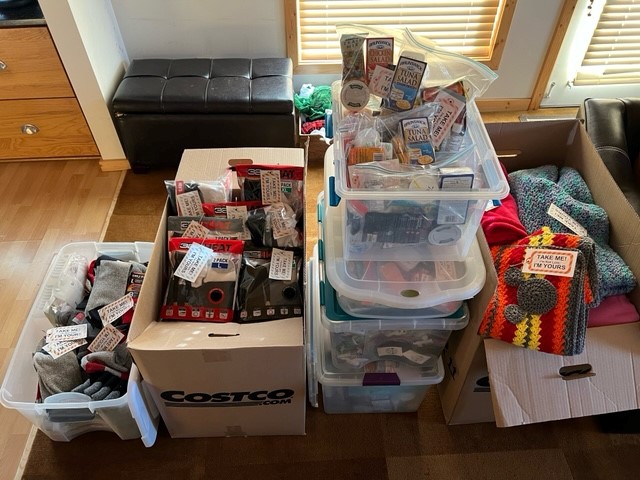 In addition to scarves and winter wear, Christensen has collected thousands of individual items like toiletries, snacks, and blankets to give away.