“I think it’s mostly because Judge is not a steroid user,” said Mark Hochstaetter, the owner of Papa Hawks Sports & Collectibles. “He’s an actual person. He plays because he loves the game.”

With Judge’s rise through the record books, more people are heading to stores like Papa Hawks Sports & Collectibles in Golden Valley to buy his cards and other memorabilia.

“Yeah we’ve seen everything move in the last four to five weeks, and if he hits No. 62 it’ll move again,” Hochstaetter said. “So I would recommend people come in and get some cards before the prices skyrocket again.”

Hochstaetter believes that if Judge breaks the record and hits his 62nd home run, the ball could sell for more than $3 million. 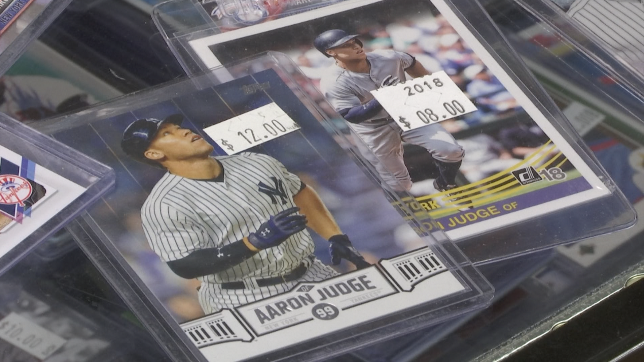