The Golden Valley Police Department is asking for the public’s help in identifying two men involved in an armed robbery at Walgreens off Winnetka Avenue.

“Two suspects that came in had masks on, they had gloves on, which really made it hard to identify and get any kind of physical evidence,” said Golden Valley Police Chief Virgil Green. 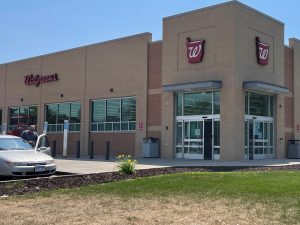 He says the incident happened around 8:40 p.m. They say once the store clerk opened the safe, the robbers stole an unknown amount of medications.

“I really don’t know what kind of medication it was. I do know that it was a prescription medicine,” said Green.

Golden Valley police believed this robbery was linked to several other robberies that have occurred in other cities.

Police are unable to provide a detailed description of the robbers. Officials say a late-model black sedan was seen leaving the scene.