For more than 35 years, Karen Boehne has lived in a home overlooking Golden Valley’s Scheid Park.

The park attracts people for all types of recreation opportunities. And one day, Luke Stuttgen would like to raise his own kids here.

“Golden Valley seemed like such an inviting place to have a young family,” he said. “So many kids always over here at the park.”

Stuttgen moved into a house across the street from the park six months ago, right next to a plot of vacant land that could one day be the home of a new fire station.

“We’re pretty sure that one of the proposed site locations [for the fire station] is my house,” he said. “The one on the corner.”

Needless to say, he doesn’t want to lose his home, and people in the Scheid Park neighborhood are saying “not in my back yard” when it comes to a new fire station.

“A fire station belongs more in an industrial area. Not a residential area,” Boehne said, citing the constant sound of sirens as one of her concerns. 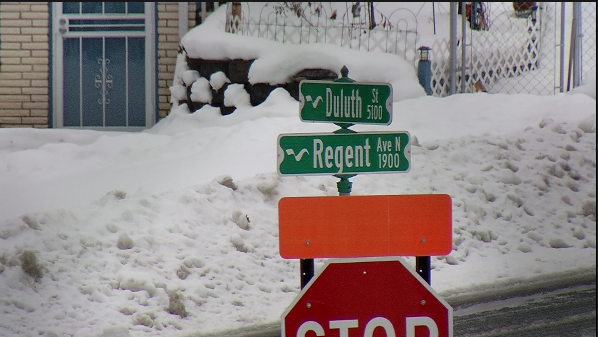 One of the fire station locations being considered by the city is near Duluth Street and Regent Avenue.

Golden Valley is in the process of switching over to a duty crew staffing model, which means firefighters would be on staff 24/7. But in order to do that, they would have to shut down two of their three fire stations and build a new one with modern day amenities that’s also centrally located.

“We want to provide the best service to our community, and placement of that station is critical to that discussion,” said Golden Valley Fire Chief John Crelly.

From the chief’s perspective, a fire station near Duluth Street and Highway 100 is the best placement of that station to allow for optimal response time during an emergency.

The city, along with the help of an architectural consultant, BKV Group, is looking at several options.

“We are trying to solve a problem,” Crelly said. “There is no simple solution to this problem. And no matter how we go about it, it’s going to impact our residents and our businesses in our community.”

Back at Scheid Park, neighbors hope the city weighs all options before making a decision.

“You’re looking at a lot of money and a lot of heartache, displacing a lot homes and ruining a neighborhood,” Boehne said.