Jay Ernest Kalk will bring Johnny Cash to life in a new show called “Folsom Prison Experience” which opens on the Le Musique Room in St. Michael in November. The Golden Valley artist routinely sings Johnny Cash songs as part of the Church of Cash. He calls the new show “a tribute show with drama and immersion.”

The show will recreate the day Johnny Cash recorded the song on Jan. 13, 1968 at a high security penitentiary near Sacramento, Calif. The song became a No. 1 hit and one of the best selling live albums of all time.

“The day was filled with stress and drama that the average listener to the record probably doesn’t know,” said Kalk. “As we were writing and learning more about that day, it just got more intriguing.” 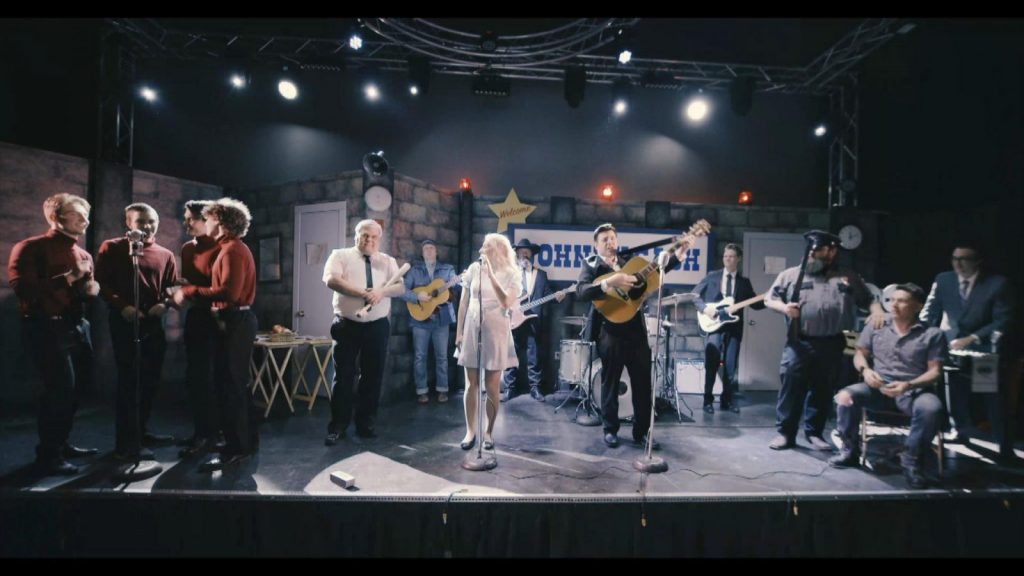 Kalk hopes to recapture some of the drama of that day in the show that was created with theater owner Tom Pickard. The two collaborated on the script at the height of the COVID shutdown in 2020. Kat Perkins, a semifinalist from The Voice, has been recruited to sing the voice of June. The performance will be interactive.

“You have to think of this show as a tribute show with drama and it’s immersion,” said Kalk. “Immersion in that [the audience] are playing the part of the inmates.”

The creators have high aspirations for the show. After a two day run in St. Michael on Nov. 2 and 3, they hope it can become part of a tour or even on Broadway. Check out tickets here.

“We hope we’ve created something people like and we can show it coast to coast with the same energy that we’ll have here on Nov. 2 and 3,” said Pickard.