Golden Valley Country Club to Sell Some of Its Land for Homes: Report

The Golden Valley Country Club, a private member-owned golf course, plans to sell off some of its property to be turned into homes.

A report by the Minneapolis- St. Paul Business Journal says the club’s shareholders voted Thursday to sell off two parcels of land totaling roughly 4.5 acres. The golf course is located north of Highway 55 and east of Winnetka Avenue. 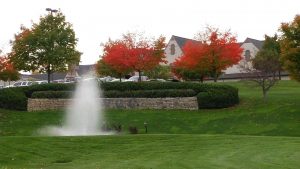 The golf course itself would not be impacted from the sale. However, the club would need to reconfigure its driving range.

The sale of the parcels and construction could occur by March 2021.

Founded in 1914, the Golden Vally Country Club is a long-standing feature of the city with an impressive pedigree. The current course was designed shortly before the Great Depression by famed golf architect A.W. Tillinghast, who also designed many courses featured in PGA Championships and U.S. Opens.