Voters will elect two people this fall to serve on the Golden Valley City Council. Thursday night, five of the seven candidates shared their views on issues during a forum organized by the League of Women Voters.

The candidates fielded a number of different questions, including one on how they would address the need for affordable housing in the city. 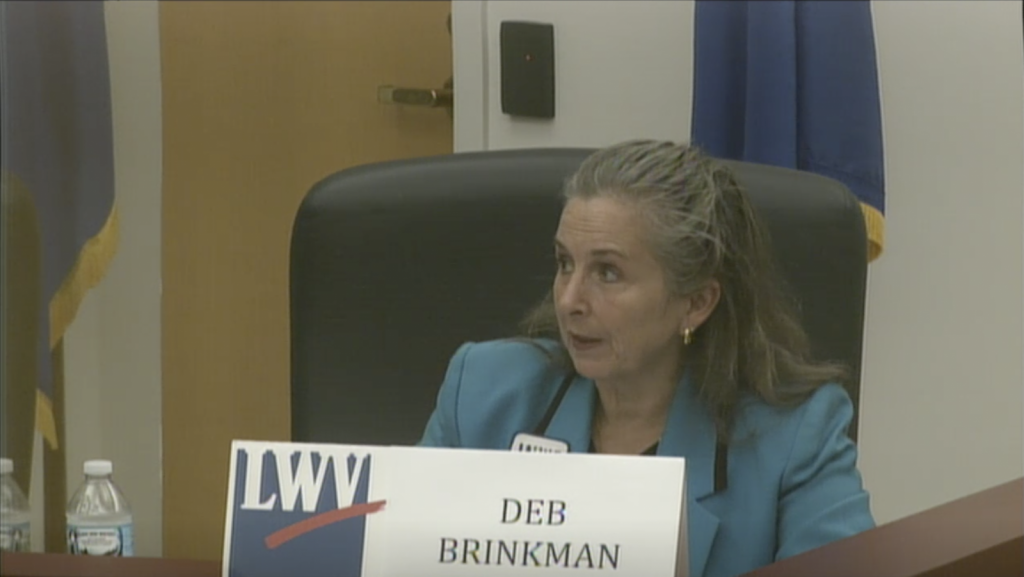 “I would have to spend time to study what the proposals, what’s going on and what’s been going on with the city council. It’s been difficult with the COVID to keep following what’s going on. But I would need more information, and a decision on that would be based upon what the residents of Golden Valley want, what the businesses want, and what’s in the best interest of Golden Valley.”

Denise LaMere-Anderson
“One of the first things I would encourage the city to do is incent developers to build affordable housing here in Golden Valley, and doing so by engaging the business community. We are a unique city with so many very large corporations that are headquartered here and so many other large corporations with satellite offices in Golden Valley, that the business community is very interested in ensuring that there is a viable labor workforce right here within our zip codes. And so working with businesses to find opportunities for affordable housing I think is a really important step. I also think that there’s opportunity to revitalize neighborhoods where possible. I live near (Highways) 55 and 100 where the old Optum campus has been sitting vacant for many, many years. It is a large footprint that certainly could be looked at as a redevelopment opportunity for the city. And finally, I think affordable housing and public transportation really need to go hand-in-hand. And I think it’s incredibly important that we focus on continuing to improve access to public transportation by supporting rapid transit and other solutions.”

Joanie Clausen
“Four years ago the city had 55 percent affordable housing. That went down a little bit when we added all the apartments, but it is a big issue. One of the concerns I have right now with affordable housing is the cost of building, and I think it would be easier and cheaper for us to maintain affordable housing throughout the city. And we could do that through low interest loans to owners, and homeowners, apartment building owners. I also know because I served on the council when we were addressing this, tax incentives for people who have older apartments that want to fix them up, and bring them up to a better code, better appliances, cleaner. But it gets expensive to do that. So we wanted to have tax incentives so that when they did this, and they could maintain these, these apartments would still be affordable at the end of the day. Working with PPL (Project for Pride in Living), working with Common Bond, I do believe that the city needs to do that as well. We need a balance, but I do believe currently it would be cheaper to maintain our affordable housing than build.”

“The city can’t do it alone so I would strongly recommend and pursue a public/private partnership. There are experts out there and there are groups out there, and the city should not only engage but set targets and meaningful measurements to get those things deployed. Second of all, I think there’s a lot to be said about maintaining these vulnerable… identifying and maintaining vulnerable residences. And I know that city staff has done that. A couple years ago when I was on the Planning Commission, they presented us these residences, and so I really think we need to take a look at those, and actively put a plan together to make sure they remain there. And then finally, one of those hidden things is just the cost of living in Golden Valley. The taxes are really high. Taxes are a reflection on the priorities of the city. So when taxes go up, we virtually by default prevent working families from living here. The higher they go up, the higher their needs are. So I would say that there’s definitely a relationship with taxes in general, but more specifically is tax increment financing. Tax Increment Financing advocates market rate housing and therefore pushes aside affordable housing. So I think that’s a bad policy and I would not do any TIF functions or TIF districts in the city.”

Gillian Rosenquist
“This has been a very important issue of discussion with the Golden Valley City Council, and one that we are prioritizing. In the past two years, we have activated our HRA (Housing & Redevelopment Authority) and voted to have the first HRA levy. And that allows us to provide a dedicated staff person here in the city to work on these important issues. And we also work in partnership with a great citizen group, a suburban housing coalition, that really helps identify and connect us to people with housing concerns in our area. And now that we have dedicated staffing and some funding, we are able to start, with a small startup of $25,000, a fund where we can assist first-time home-buyers with purchasing homes in Golden Valley. Also working with nonprofits, and there are innovative programs where the nonprofit purchases the land and the homeowner has equity in the home itself, and that makes Golden Valley more affordable. We’re gonna be working on issues of senior stability, on the stability of our naturally hurting affordable housing, and we are also working on exciting new options that Mr. (Andy) Johnson has worked on, on the Planning Commission by adding other choices of housing in Golden Valley, such as row houses in our R2 district.”

To watch the Golden Valley Candidate Forum in its entirety, click here.