The Golden Valley City Council approved a test program with California-based LimeBike, allowing the company to roll out its bikes across the city. The bikes will be dockless, meaning you can find them anytime, anywhere using an app on your smartphone.

Golden Valley would be the first in the state to try the service. The company charges roughly $1 per 30 minutes of riding. 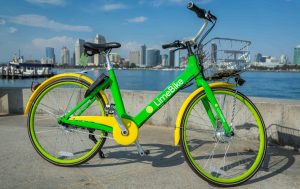 While council members are excited about the program, they have some concerns, including the sheer number of bikes, which Golden Valley officials say is a minimum of 500 during the trial phase.

LimeBike is responsible for monitoring all the bikes, including the ones left in areas they’re not supposed to be. The bikes all have GPS to determine their location. Other cities like Robbinsdale, St. Louis Park and Edina are also considering entering agreements with LimeBike.