It’s budget time for local cities, which must set preliminary tax levies. Golden Valley is among them, with the city council this week reviewing a proposed 11.3 percent tax levy hike.

The increase in the total tax levy was approved by a 4-to-1 vote. The city council can still lower the levy, but cannot increase it.

For the median value home in Golden Valley, which is $411,000, residents would see a $20.16 increase in city taxes. City officials say the increase in taxes for homeowners is attributed to rising city costs, as well as booming residential property values that coincide with stagnant commercial property values.

“Our median home saw the value [go up], so that’s why they’re taxes are going up,” said Sue Virnig, the city’s finance director.

According to data presented to the city council this week, the total value of commercial property in the city increased only by 1.4 percent. By comparison, the total values of single-family and multifamily properties increased by 16.1 percent and 16.9 percent respectively.

“We are in a community talking about affordability. We have an aging population,” said Golden Valley City Council member Gillian Rosenquist, who voted against the proposed levy hike.

Inflationary pressures have weighed on residents, but also cities too. The Consumer Price Index for the Twin Cities metro area is up 8.2 percent over a year ago. But Rosenquist says that the 11.3 percent levy increase still comes in on “the high end of cities.”

“I recognize that these are challenging times, as Ms. Virnig pointed out the consumer price index is high, but this levy request is still higher than that,” said Rosenquist.

A final levy vote is scheduled for Dec. 6. 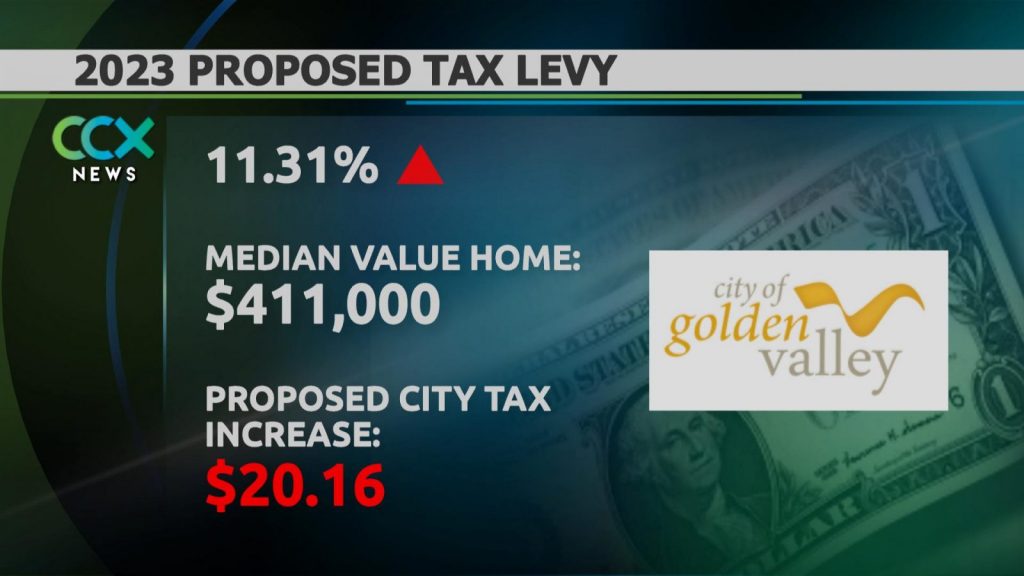