Back in March, the city council voted to censure its colleague for allegedly violating several city policies, including the city’s Respectful Workplace Policy. A censure is the most severe form of action a city council can take against a fellow council member.

The accusations against Morson include engaging in disparaging and threatening communications toward city staff, as well as alleged inappropriate touching of a female city employee. An outside law firm, Pemberton Law, hired to look into the matter concluded that Morson violated city policies.

Morson has denied the allegations. Before the vote Monday night, Morson spoke out against updating the policy now.

“We have two weeks left to go until the election. A new council, a new mayor will be taking place. Why is this a relevant issue when we heard all these [ARPA fund allocation] complaints and concerns of all these residents expressing something totally we should be paying attention to?” said Morson, who was the lone no vote. 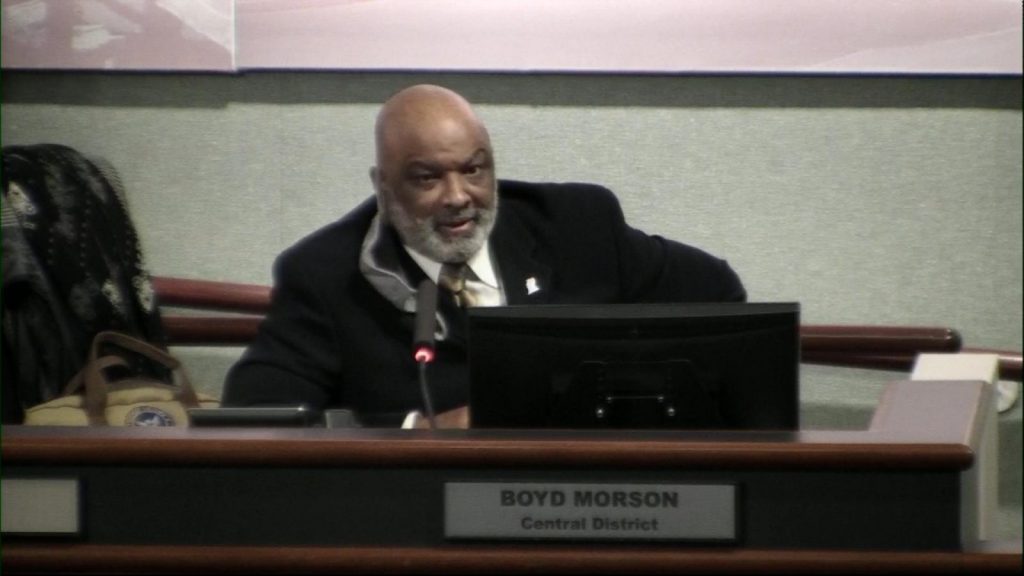 Morson was referring to American Rescue Plan Act funding the city is deciding how to allocate. Other council members pointed out the updated policy is something the city council has been working on for several months.

“Those actions by this individual continue to this day,” said Brooklyn Park Mayor Lisa Jacobson, not mentioning Morson by name.

Other members agreed there needs to be a level of decorum on the council.

“Frankly, I’m appalled at some of the email exchanges I’ve seen and how our city staff members are addressed. There’s no place for that,” said council member Tonja West-Hafner.

“There are some who think this code of conduct does not apply to them and they do not have to follow it,” said Brooklyn Park City Council member Susan Pha. “They think that acting poorly and disregarding all rules of the code of conduct is fine. And that is not okay.”

The updated policy included a list of behaviors all council members should strive toward. It also provided some wording changes to provide further clarity on the process for reprimanding an elected official. You can view the discussion here.

The policy update also included moving up city council meetings by one hour — from 7 p.m. to 6 p.m. — a change that has already taken effect.

Correction: a previous video version of the story incorrectly stated that the time change for council meetings takes effect next year.