Bert Bouwman’s Fresh Pickin’s farm is a staple in Brooklyn Park. He’s been selling fresh corn and other vegetables for more than 10 years. However, this year things are different.

Bouwman farms about 200 acres. He says the pumpkins and corn are growing well, but he must work harder to keep things green and luscious because of the drought.

Sighing, he said, “It’s a big challenge. You know, physically and emotionally we are drained.”

According to the Minnesota Department of Natural Resources, more than 50 percent of the state is dealing with severe drought. The dry conditions are difficult for Brooklyn Park farmers because the soil is sandy and farmers have to water more often.

Bouwman has two wells and multiple watering systems, including a large-scale irrigation sprinkler as well as a drip irrigation system. But all the watering to keep the crops green adds to his costs.

“I’m paying about 20 percent more this year,” he said.

The Brooklyn Park farmer says the excessive heat is causing corn to grow faster and produces a different problem.

“We might have a shortage of corn at the end of the season because everything is growing faster than normal,” he said.

All that extra corn is not going to waste. Bouwman donates it to a local food shelf. Meanwhile, he waits for rain.

“We’re hoping this will end at one point,” said Bouwman. 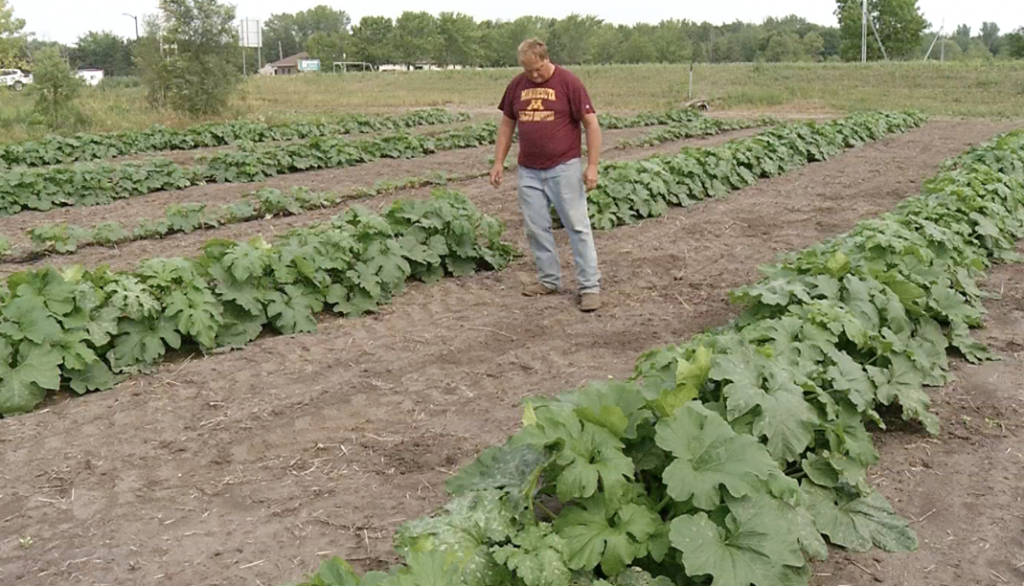