DFL Candidates in CD5 Square Off in Debate

Minnesotans got a chance to hear from incumbent U.S. Rep. Ilhan Omar and her two primary challengers, John Mason and Antone Melton-Meaux for the 5th Congressional District, which encompasses much of the CCX News coverage area. The candidates faced off in a debate hosted by WCCO Radio.

Omar’s inaugural term has not been without controversy, something her opponents were quick to jump on, accusing her of what Republicans describe as inappropriate campaign payments to her now-husband’s consulting firm. Opponents also noted her perceived reluctance to make herself available to local media for interviews. Omar denied impropriety in the payments to the consulting firm run by Timothy Mynett, who became her husband after some, but not all, of those payments were made. Omar said Mynett’s firm was doing real work for the campaign and therefore paying his business was appropriate. Omar also disputed the notion that she is not available to local journalists, saying she has held more than 30 town hall meetings and has invited the media to all of them.

In more issue-oriented matters, the candidates attempted to distance themselves from one another over subjects top-of-mind for many Minnesotans, and Americans in general: police reform in the post-George Floyd era and what to do about the COVID-19 pandemic. 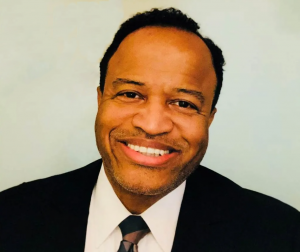 First addressing police reform, Mason decried what he described as entrenched and deeply-embedded racial discrimination in American society along with a “broken” criminal justice system. “We need to approach this comprehensively,” he said, adding “we need a full reconstruction of our domestic policy. I do not believe that removing police or the police construct from our society is the way to go, but I do believe that we need to look deep into what the real issues are.” 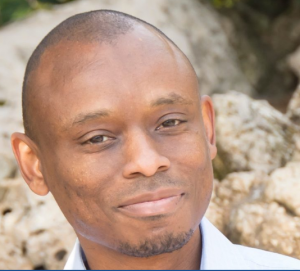 Responding, Melton-Meaux called Floyd’s murder a tragedy. “For me, as a black man in this country growing up having my own interactions with police officers and somebody that loves the city of Minneapolis and the Fifth Congressional District, what this has created is an opportunity for us.”

Melton-Meaux laid out a list of initiatives he would pursue if elected. “The first thing is, make sure we demilitarize the police. They don’t need bayonets, grenade launchers, armored vehicles. We can end that at the federal level. We can also have a uniform excessive force standard.” Melton-Meaux also called for ending qualified immunity, the doctrine under which police officers can be shielded from lawsuits over misconduct unless the plaintiff can find previous, extremely similar cases to show that the law clearly established the officer’s actions to be misconduct. 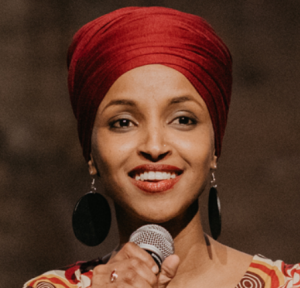 Omar said, she’s already done a lot of that. “Many of the policy proposals that was just spoken to, we did that in the George Floyd Justice in Policing Act.” Omar went on to say “We have a crisis in credibility with our police department. When I look at the rise in crime I think about what happens when the Minneapolis Police Department has 50% of its homicides unsolved, so we really need to look at where we bring our resources together.”

Pivoting to the coronavirus pandemic, the candidates were largely in agreement that the federal government has not managed the outbreak appropriately. Melton-Meaux said the government needs to extend COVID-19 unemployment benefits, authorize more hazard pay for essential workers, and target rent and mortgage forgiveness programs. Looking further out, Melton-Meaux’s long-term plan would include a national living wage and adoption of the Green New Deal, a proposed non-binding resolution that would call for sharp increases in environmentally-sound practices nationwide.

Omar brought a personal story to the table. “My father lost his life to COVID-19 challenges. We address many of the disparities that exist, and the emergency support that’s needed, in the HEROES (Heath and Economic Recovery Omnibus Emergency Solutions) Act.” Omar added “We do have to think long term. What are we going to need to address the systematic injustices that exist in our community.” Omar cited under-and-uninsured Black citizens, the climate crisis, and the housing crisis as examples of those injustices.

Mason was quick to voice his support of the HEROES act, especially as written before reductions in the House of Representatives. “One of the line items associated with that act is that all of us get that $2,000 per month throughout this pandemic, and it will continue for three months after.” Mason here was referring to a clause in the HEROES act that was stripped out before the act was approved by the House. That proposal is now in the Emergency Money for the People Act which was introduced in mid-April and immediately referred to the House Committee on Ways and Means, which has yet to address it. That act is not expected to become law. Mason went on to criticize the national pandemic response in general, saying “we have a national crisis, but we don’t have a national strategy. We’re playing Whack-A-Mole with people’s lives.”

In the end, all of the candidates described themselves as progressives in an era that they say needs progressivism to combat President Donald Trump and his conservative allies. The candidates characterized their primary opponents as either less-so, or having too many distractions to further progressive causes effectively.

The deadline for voting in the primary is Aug. 11. For information on how and where to vote, visit the Secretary of State’s website.

You can see more candidate forums and learn more about local candidates on our Local Vote 2020 page.