Tiesha Bogard-Merrick and her husband, Jummal Merrick, spent Monday getting their new shop, Ambiance Cafe, open for business. It’s one several small, independent businesses that have chosen to call the city of Crystal home.

The couple has been hard at work trying to get the restaurant ready, which is expected to open in mid-July.

“We’re still getting the bits and pieces together, putting the polishing touches on it,” said Jummal Merrick. 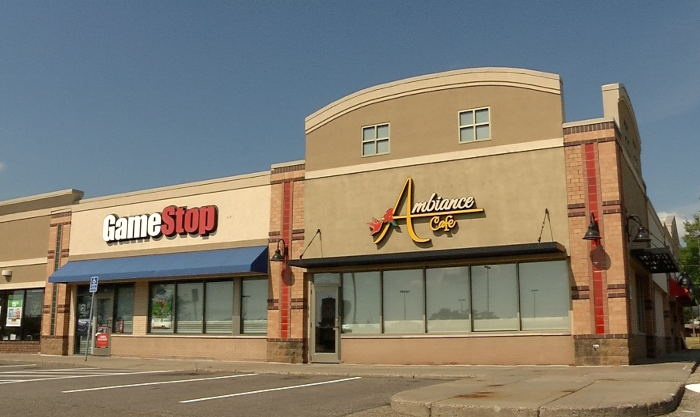 Owners of Ambiance Cafe plan to open in mid-July.

Their shop is located in the former Caribou Coffee shop (351 Willow Bend) at Crystal Shopping Center. Tiesha, who has been in the catering business for years, says she was looking for a new place to call home when she saw the vacancy sign.

“This is something that I’ve wanted to do forever, and it just was the time,” she said.

Crystal city officials say the Ambiance Cafe story is similar to other businesses that have recently opened.

“Our commercial space may be a little bit less expensive than in some other locations, but also because we haven’t had a lot of new retail construction compared to other cities,” said John Sutter, Crystal’s community development director.

Retail vacancies are still seen across the northwest metro. Experts say some businesses went online during the pandemic and didn’t return to their brick-and-mortar stores, while others closed permanently. In Crystal, the retail vacancy rate is around 10 percent. Sutter says that’s better than neighboring communities.

“Because of our rents being a little lower here than in some other areas, and I also think the spaces are the right size,” said Sutter.

While larger spaces like the former Half Price Books store and Broadway Pizza restaurant are still looking for new tenants, smaller vacancies are quicker to lease.

At least three businesses have taken up vacant space in Crystal within the last couple of months. Those include Supermercado y Panaderia, a Mexican bakery that expanded into a supermarket. The business took a spot owners of Ambiance Cafe owners had looked to move into at Crystal Shopping Center.

Farther down the road, Bella’s Shoppe, a coffee shop, ice cream parlor and retail store, is opening in the former Aquatropics space.

City officials say Crystal’s location near Minneapolis and its pedestrian-friendly area are a big draw for businesses.