The Minnesota State Fair has several hundred food vendors. But there’s only one that’s been around since 1897: the Hamline Church Dining Hall.

Every year, the dining hall draws large crowds to its communal-style dining area.

“[It’s] where they could go in, and relax, and have a home cooked meal,” said Elaine Christiansen, a volunteer with the dining hall.

Yet when you’re celebrating 125 years of success, that calls for something special, such as a birthday cake-flavored paleta.

“So there’s sprinkles throughout the whole paleta and there’s actual birthday cake pieces mixed in there,” said Elizabeth Raygoza, owner of La Michoacana Rose in Crystal.

This year, Raygoza partnered with the Hamline Church Dining Hall to serve an assortment of paletas at the state fair institution.

The Mexican ice pops are one of the staples of her shop. 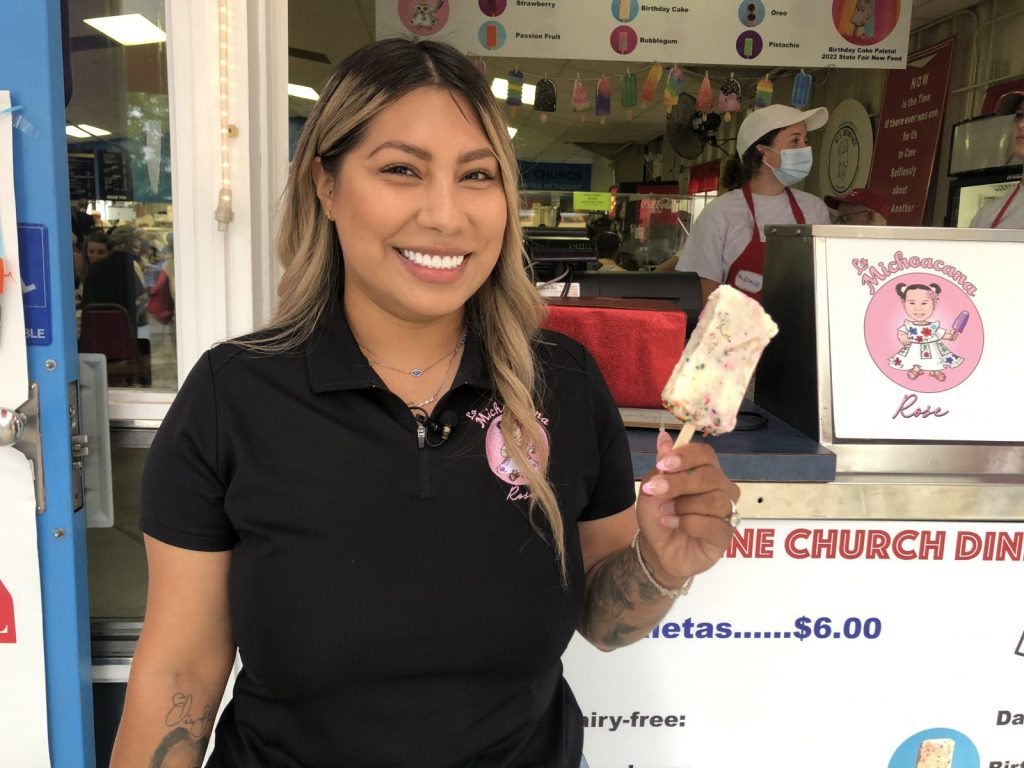 “It’s great for both of us,” Raygoza said. “They’ve been here 125 years and it’s something new for them, and they’re keeping their tradition going. So you know, maybe this just means my tradition starts here.”

This is the State Fair debut for La Michoacana Rose. While there are several flavors of paletas available to fair-goers, Raygoza made the birthday cake one exclusively for the dining hall.

“And it made the new foods list,” said Christiansen, the volunteer. “I mean that is big. That is really big.”

Word certainly got out. Shortly after the doors opened Thursday, people made their way over to the dining hall to try the tasty treat.

“What attracted me at first was just the no line,” said Pam Wollum of Minneapolis. “But now I’m on my second one because they’re delicious.”

The Hamline Church Dining Hall expects to sell thousands of paletas during the 12-day run of the fair. It gives Minnesotans a chance to try something new at the fair’s oldest concession stand.

“It’s a huge deal,” Raygoza said. “So I’m just excited to see what comes with it.”