Pilots can expect less confusion at the Crystal Airport. The airport began a construction project in the spring to enhance safety.

Airport manager Mike Wilson said in the past, there’s been issues where pilots have landed on the wrong runway. The airport used to have four runways crossing paths. Now only three runways are utilized, including the primary runway, which has been extended nearly 500 feet. 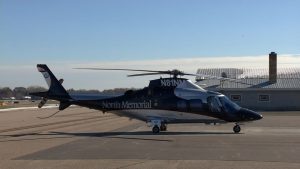 The runway parallel to the primary runway will now serve as a taxiway. In addition to the taxiway revamp, the airport will have new lighting and electrical work.

“We did not have any lighted signs here which is something that’s pretty odd for an airport. They had reflective signs. Now we’ve gone to lighted signs. So at night, pilots click up lights and signs will be lit,” explained Wilson.

To reduce the number of runway crossings, Wilson said the turf runway will also be shortened.

Nearly 40,000 air crafts glide across the runways every year. Wilson said Crystal is home to about 200 aircraft.

“We put significant effort in this airport,” said Wilson. “We’re hoping that shows people we are not interested in closing this airport. It’s a very important asset for us, within our system.”

The project cost about $3.7 million, which is funded by a grant through the Federal Aviation Administration (FAA). Most of the project will be completed by the end of October.