Firefighters were called out shortly before 1:30 p.m. to an address on the 4500 block of Scott Avenue North. When they arrived, flames and smoke were coming from the second floor.

“It was a neighbor that called it in and saw smoke and fire on the second floor of this home,” said Robbinsdale Fire Marshal Greg Bodin.

The fire went to a third alarm, requiring the assistance of multiple fire departments. Crews blocked off the neighborhood at 46th and Lakeland avenues to help respond to the fire.

The people who live at the home were at work at the time of the fire. No one was injured.

“There was a dog in the house and that was rescued,” said Bodin. 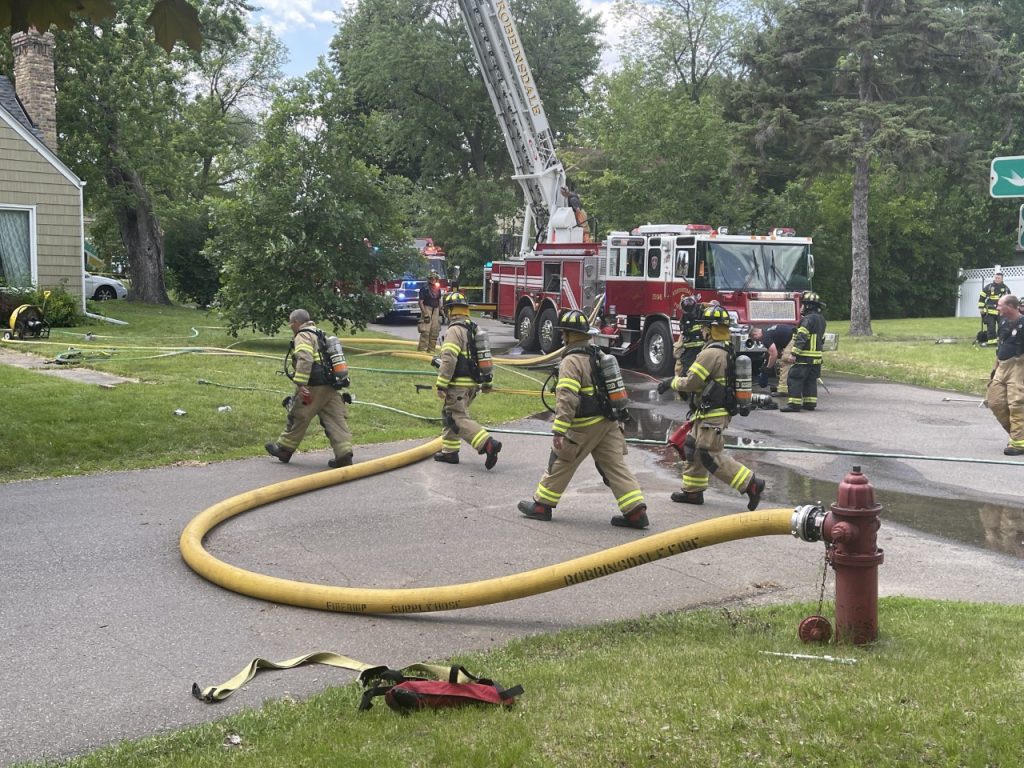 A CCX News crew at the scene spotted fire crews hosing off other firefighters. The temperature at the time was close to 80 degrees.

There’s no word yet on how the fire started.

In addition to the Robbinsdale Fire Department, other agencies to respond included the West Metro Fire-Rescue District and fire departments from Osseo and Brooklyn Center.

This is a developing story. Stay tuned to CCX News for further updates. 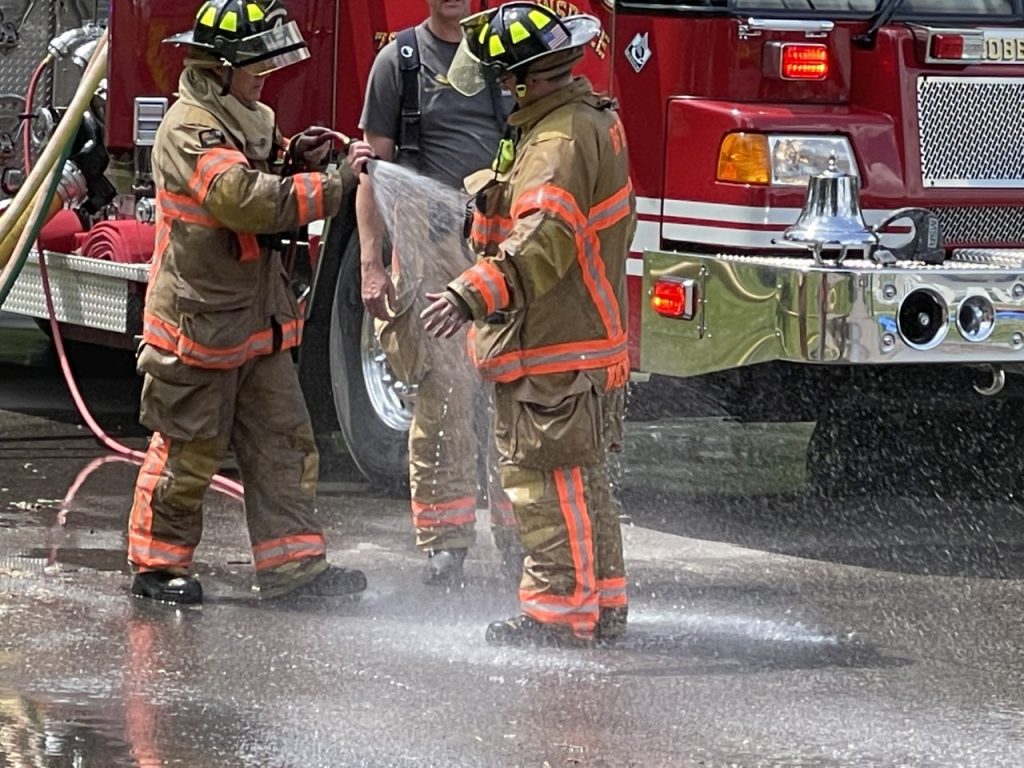 Responding firefighter hosed off by another firefighter/Credit Sonya Goins