A plan for a new play space at Crescent Cove in Brooklyn Center required great care and support. Donors and volunteers made sure that happened – so much so – they picked up every “helicopter” that fell from trees for a ribbon-cutting ceremony Thursday.

“It’s been amazing for all the support from the community and funders to be able to make this amazing space happen,” said Stephen Mastey, a landscape architect who worked on the play space.

Crescent Cove provides hospice and respite care for children with shortened-life expectancies. It’s the only facility of its kind in the Midwest and just one of three in the United States.

The new play space includes interactive music areas and a multiuse field set up like a mini baseball diamond. All of it is surrounded by plant habitat that attracts butterflies. Another key feature is a tree fort known as “dragonfly tower.”

“The idea was to just create this really cool tree fort so when the kids get to see this thing they just gravitate toward and play on, they just forget why they’re here,” said Mastey.

All the play structures are ADA compliant, a necessity since 80 percent of the kids who come to Crescent Cove are in wheelchairs. 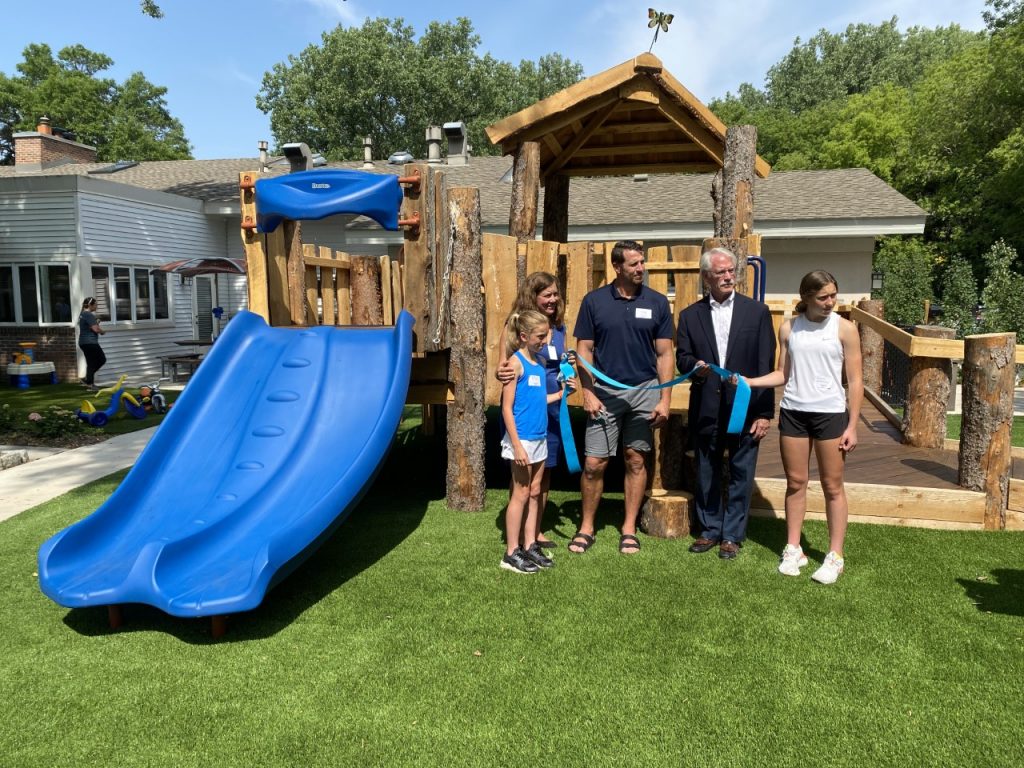 Among the donors that helped with the project include Chad Greenway’s Lead the Way Foundation. The former Minnesota Vikings player was among those on hand Thursday for the ribbon-cutting celebration.

The Minnesota Twins Community Fund helped provide for the mini-baseball field. Crescent Cove believes it’s a project that honors the late Twins Hall of Famer Harmon Killebrew, who became a proponent of hospice care in the final years of his life.

“I just know Harmon and the many angels whose lives were too short are smiling with us,” said Kate Lindenfelser, founder and executive director of Crescent Cove. “On this darling baseball diamond from the Minnesota Twins, our children at Crescent Cove have not only played some wiffle ball, but it’s a sight where they have yoga on Wednesdays. I’m sure that gives Harmon a chuckle.”

Crescent Cove opened in early 2018. All services and stays at the Brooklyn Center facility are at no out-of-pocket cost to families due to the generosity of donors.