The Brooklyn Park City Council gave the green light to Devean George’s nonprofit, Building Blocks, to build an 83-unit, five-story apartment building at 7621 Brooklyn Boulevard North. The building would also have space for a restaurant and retail on the bottom level, and 20 percent of the units would be affordable.

The Village Creek Apartments project has been in the works for several years and has required different levels of community engagement too.

At the meeting on Monday night, George told the council he felt comfortable with moving the project forward.

“Anyone that objected to the project from the community, they had more than enough time to come out and say something,” said George. “So that’s where I’m at now, and I feel comfortable moving forward.”

While the council gave approval, some members expressed concerns about parking, because there’s only one stall allotted to each apartment unit.

George, who grew up in the Twin Cities, played in the NBA for three teams from 1999 through 2010. His career included winning three titles with the Los Angeles Lakers from 2000-2002. 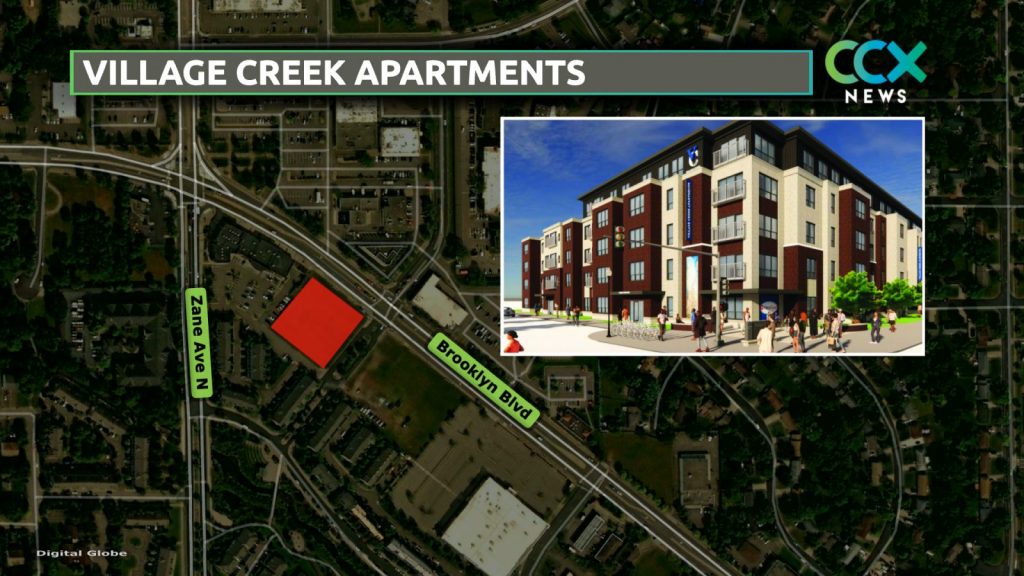