Workers at Nonna Rosa’s Italian Restaurant in Robbinsdale are concerned for family members who live in Italy.

Currently, there are about 230 confirmed coronavirus cases in Italy and a death toll of 7.

Nico Bonanni, an employee at Nonna Rosa’s, was born and raised in Italy. He moved to the U.S. eight years ago.

“My parents are back In Italy at home. My dad’s Italian, my mom’s American,” Bonanni explained. “I am from northern Italy in a town called Vignale Monferrato. It’s northwest Italy.” 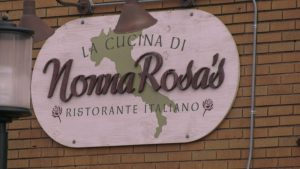 Although the coronavirus spread to the northeast part of Italy, including Milan and Venice, Bonanni said his hometown southwest of there was still affected by closed schools and businesses.

In fact, the large carnival in Venice was canceled due to the virus. Bononni said it’s equivalent to canceling the Super Bowl in America.

“If numbers go up next week, I’ll be really concerned for my parents and be like ‘hey you guys want to come here? Are they going to let you go? It’s still early in stages'” he said.

“My mother is not too nervous about it yet, she said ‘yep I went to the village to get groceries, normal thing, nobody’s wearing mask’,” Bonanni explained.

Tina Suglia, co-owner of Nonna Rosa’s said she’s concerned the virus will spread to the south, where her family is from.

“If it continues to travel through central part of Italy and go to south, now you’re crossing economic line where there may not be as capable of fending it off,” explained Suglia.

While Suglia and others continue to monitor the situation, Suglia said she’s grateful for the community at Nonna Rosa’s.

The Minnesota Department of Health said to protect yourself from coronavirus, take the same precautions as you would for avoiding colds and the flu.