Contracts could be Awarded for New Hope Pool

You could start seeing more action at the site of the future New Hope City pool. At next week’s city council meeting, council members will review several resolutions for contracts on projects in that area. If they are approved, construction could be just days away. 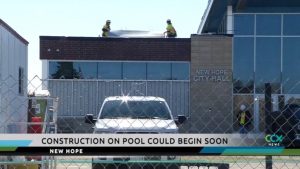 To read more about the above projects that will be included in Monday night’s meeting, read through the agenda here.