A Brooklyn Center man is charged with two felony weapons charges for allegedly firing more than 130 gunshot rounds outside a Brooklyn Center apartment complex on the Fourth of July.

Brooklyn Center police were called to the Sommerset Place Apartments last week off the 5300 block of Russell Avenue North, where police recovered evidence of more than 130 rounds fired. 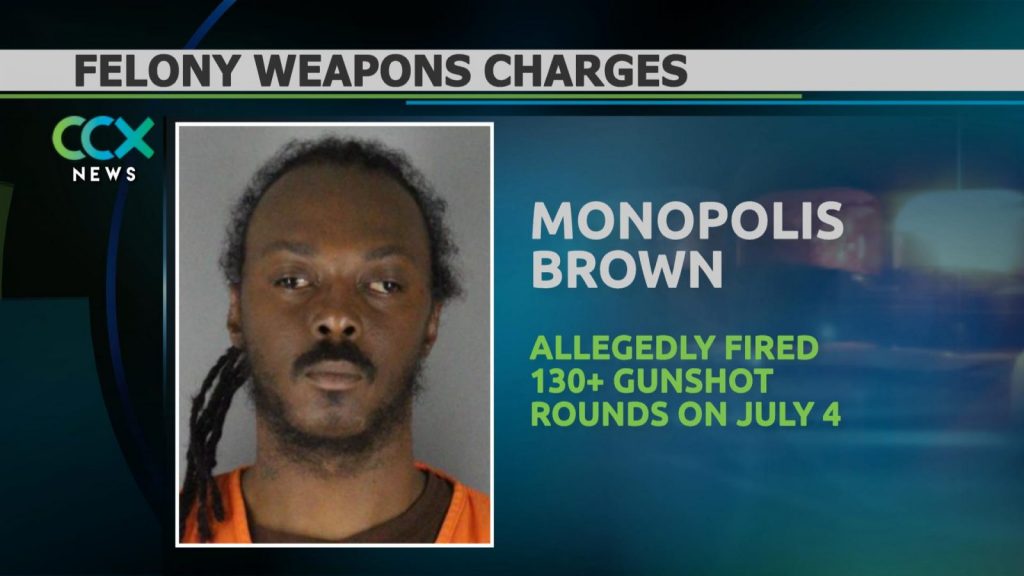 A search warrant of Brown’s apartment later recovered four firearms and dozens of rounds of ammunition.

Brooklyn Center police say Brown told them he was “firing rounds with his family on July 4th.” According to the criminal complaint, a resident says she found a bullet hole in a vehicle’s window in the parking lot.

Brown was booked into the Hennepin County Jail on Thursday and released Saturday after posting bond.

It was the second case in just a few days that involved Brooklyn Center police investigating an extreme amount of shots fired. On July 6, police responded to a report of multiple shots fired outside the Sonder House Apartments. Police say they recovered more than 75 bullet casings from the parking lot of the apartment complex. Officers made two arrests.