A New Hope man is in jail on assault charges after authorities say he attacked another driver in an argument over a handicapped parking space.

A criminal complaint says Stephen Todey, 24, got a tire-iron from his car and hit a man several times outside the Walgreens on Brooklyn Boulevard in Brooklyn Center on Sunday. The complaint says the victim needed to park in a handicapped space, and Todey’s car, which did not have a handicap sticker, was there. 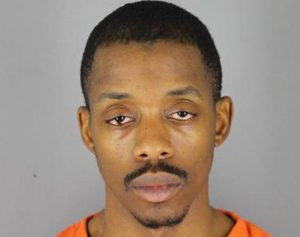 Todey is charged with one count of third-degree assault. He was scheduled to make his first court appearance Wednesday.

According to the criminal complaint, the victim needed the handicap space for his girlfriend, who has multiple sclerosis, a debilitating disease of the central nervous system that impacts basic motor functions. The two men argued after exiting their vehicles when the suspect retrieved a tire iron striking the victim several times, the complaint said. Todey then punched the victim until the victim fell to the ground. The suspect then fled after kicking and stomping on the victim, the charges stated.

The victim’s injuries were severe enough that he lost consciousness. Video surveillance captured the incident. Police arrested Todey later that evening. The suspect was “extremely intoxicated,” the complaint said.