World War II veteran Al Sweet is only a few weeks shy of his 99th birthday, and he spent the 80th Anniversary of the attacks on Pearl Harbor listening to Champlin Park High School students play a song he composed.

“That we get to play one of Al’s pieces has been a really special connection for my students,” said band director Steve Lyons. “Our goal here is that music teaches us about ourselves, about the world, and we can connect it to living people and meet them and share ideas, it just opens up the world.”

Lyons met Al Sweet through the St. Louis Park Community Band. Lyons even encouraged Sweet to start composing songs when Sweet was in his 80s. 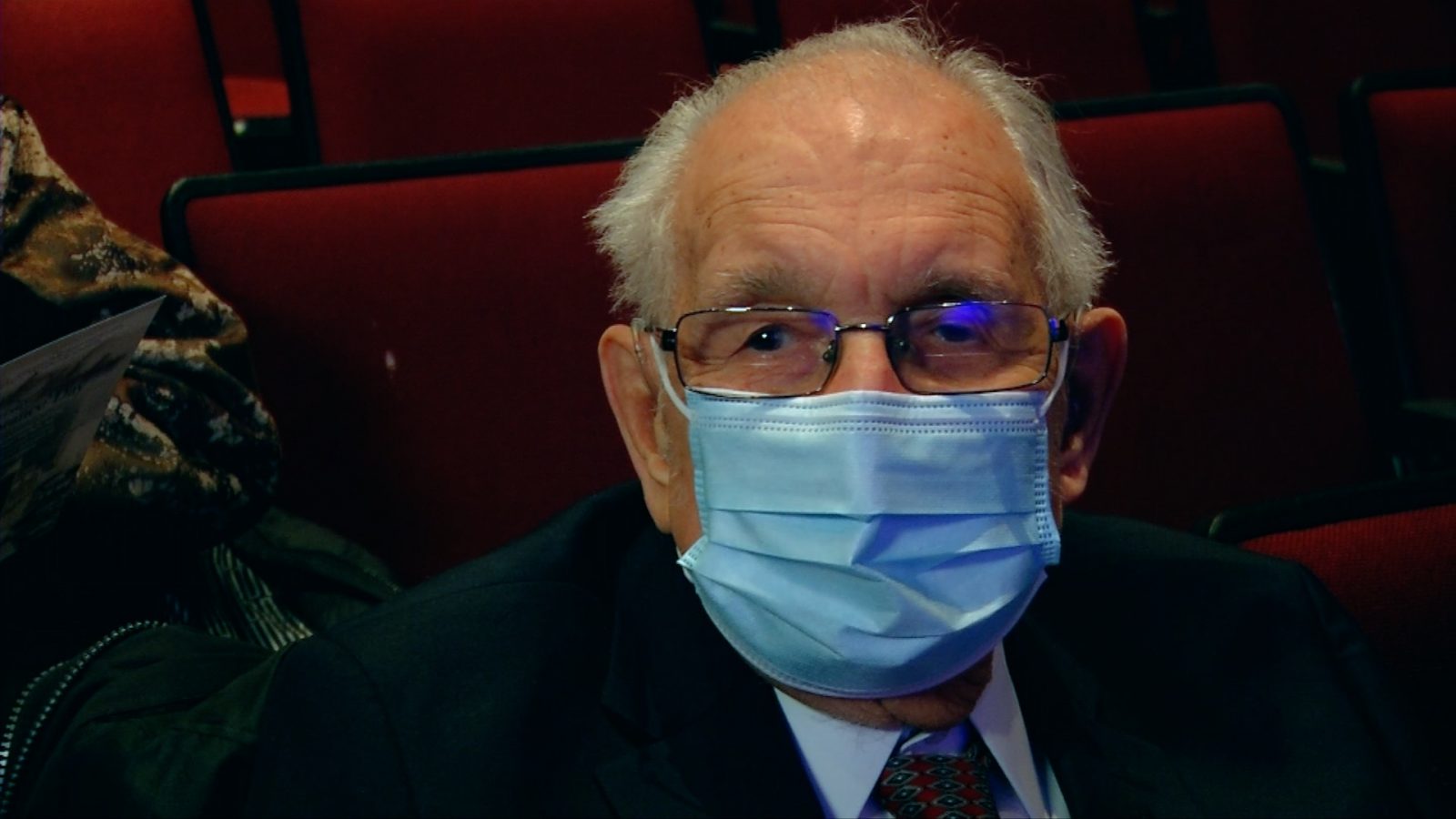 Al Sweet, WWII Veteran who is only a few weeks shy of 99.

“If it wasn’t for Steve, I wouldn’t be sitting here,” said Sweet, who remarked about being one of the few WWII veterans left. “You wonder why you ended up living so long when all of your compatriots are dying. There just aren’t as many WWII veterans around.”

The program consisted of a variety of songs to honor veterans and mark the anniversary of the attacks on Pearl Harbor. Champlin Park alumni who are serving in the military sent welcome videos.

“I hope that [the students] would have a good appreciation of servicemen and what they are doing,” said Sweet. “It would be nice if we didn’t have any wars at all. But we need our armed forces.”

Lyons believes the event was a worthwhile one, both for the community and for students.

“I see this not only as a tie to WWII, but a chance to learn and grow,” said Lyons.