Catalytic converter thefts are at all-time high but there may be a few solutions to the growing trend.

Peter Tran, owner of Tran Auto & Transmission in Brooklyn Park empathizes with drivers who have had their catalytic converter stolen. Thieves found their way into Tran’s auto shop last year and stole three catalytic converters out of the lot.

The thefts are becoming more common and it takes thieves just a few minutes or less.

“It’s very quick, they’re underneath the car. They have a few different devices that can remove them very quickly and nobody has any idea until you wake up in the morning and go to start your car and it sounds extremely loud,” Bruley said.

That’s why Tran decided to come up with a way to make the process more difficult for those stealing. 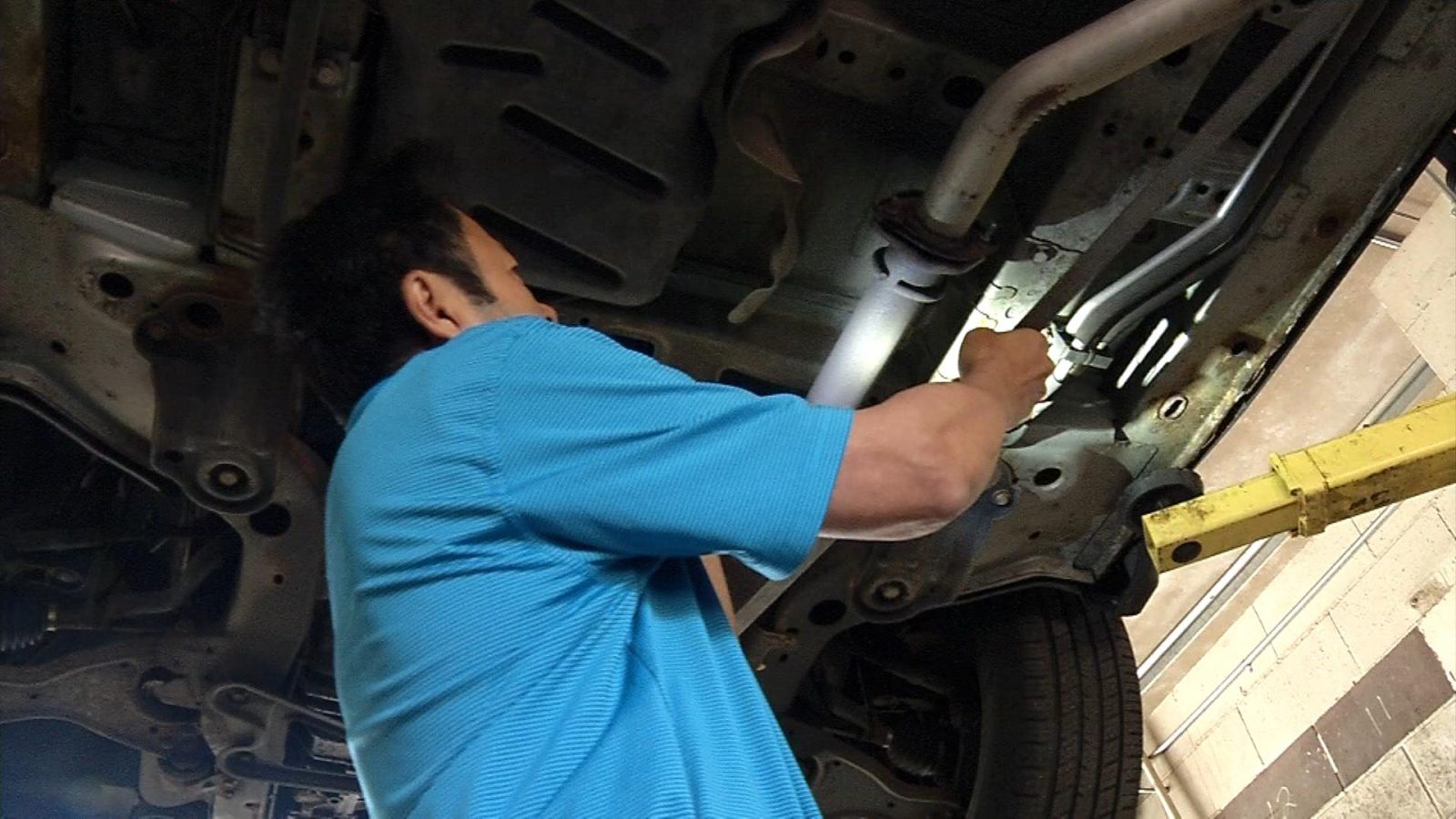 “I really want to help the customers you know most they don’t have full coverage,” Tran said.

Tran is hoping a new metal bar, which will be welded and placed around the catalytic converters, will make it more difficult for thieves to get access to them.

“So if they attempt to cut it again, they have to do multiple cuts instead of just one and maybe it takes them another half an hour longer,” Tran said.

“The reality is until we actually make it very hard for the individuals stealing these items to go and sell them, I think it’s going to continue to be a real problem for us,” Burley said.

The Brooklyn Park Police Department says it will be giving out serial number stickers to place on catalytic converters for the first 200 people on Saturday, June 5 from 2 p.m. to 5 p.m. at the Operations and Maintenance Building.

Police say you must be a Brooklyn Park resident to receive the sticker and provide proof of residence.