The sport of running has taken off, literally. There are more races and runners than ever before. And that adds up to big business.

At TC Running Co. in Maple Grove, it’s Kurt Decker’s job to make sure every runner gets what they want. And that’s not easy considering there are more products than ever before to choose from.

“The number of choices has gone up exponentially in the last 10-15 years,” said Decker.

Decker says companies have increased their time on research and development. Take old-school giant Nike for example. It developed the Vaporfly 4%, which retail at $250 a pair and claim to help runners improve their times by four percent. It’s a claim supported by a New York Times study.

“There’s a carbon fiber plate that sits inside of the shoe and so it helps not only with the cushioning, but also with that forward propulsion,” said Decker talking about the Vaporfly 4%.

Other companies have since put out their version like Hoka One One’s Evo Carbon Rocket.

“To me it’s just a super exciting time to work in a retail store like I do as well as to be a runner and have all of these awesome choices,” said Decker, who has earned the nickname “Godfather of Trail,” for his love of trail running.

Decker says Brooks is at the top of the heap at his store as far as pure numbers of sales. He says New Balance has also seen tremendous growth over the last couple of years. 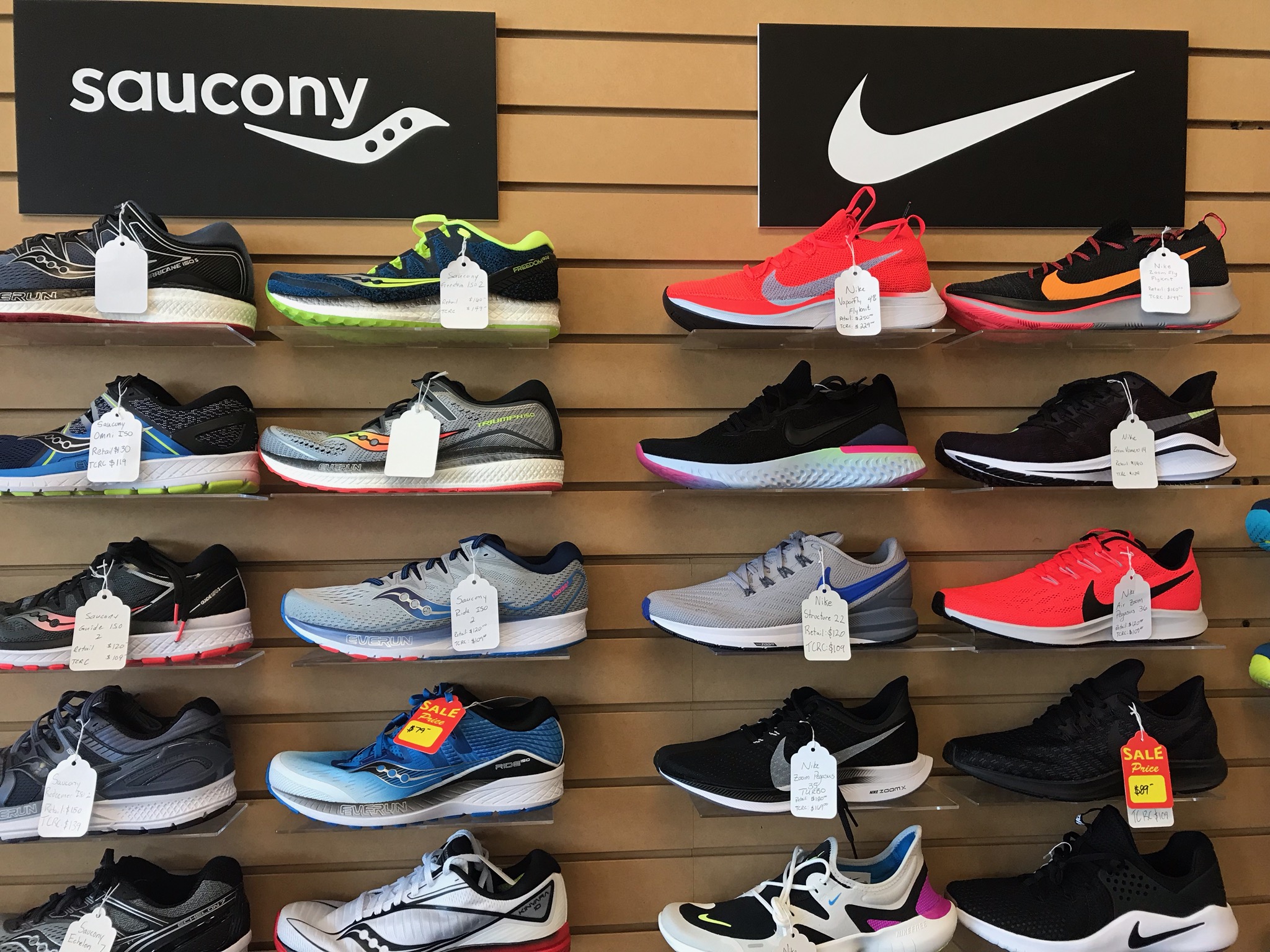 The global running market is projected to increase significantly at a rate of 4.5 percent over the next 10 years, according to research by Market.us.
Doug Magnuson is an example of that global rise. The Twin Cities native was visiting the Maple Grove store from his home in the Middle East. He says he got hooked on running when he watched his friends do a 150-mile relay race from the Dead Sea to the Red Sea. He wanted to try it himself.

“I actually started running the year I turned 50,” said Magnuson, who lives in Amman, Jordan.

“I love it partly for just being in shape, partly because I like to eat. And running helps me be able to eat,” laughed Magnuson. “It’s good alone time. It’s just being in my thoughts. And I really like it for that,” he added.

“A lot of runners will tell you from a mental standpoint, it can be a stress reliever,” said Decker. “It can be just that time to check out from a lot of the other kind of stuff around you.”

And that mental checkout helps at the actual checkout. Since TC Running opened in Maple Grove six years ago, Decker says the store has been able to increase the number of staff twofold.

“The more runners we have the better off everything is,” said Decker. “That means there’s people out and enjoying the places that they live and checking out new things. So it’s all good.”