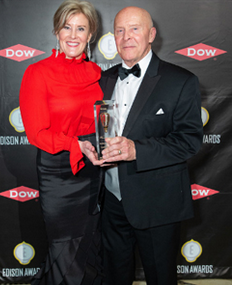 Ideas come and go. But McMullen’s lasted a long time. In fact, his idea lasted for more than 35 years.

McMullen’s idea for an electronic nail clipper took persistence and patience. He studied the market and found there was nothing out there to help people with disabilities or an amputee.

“I know more about the people who got arthritis that can’t clip their fingernails. The people who are sightless who cut themselves when they clip their fingernails. The diabetics who are concerned about cutting their skin. I know more about the underserved market than anyone in the world. And who is going to do this and who’s going to come out with the ClipDifferent if I don’t do it,” said McMullen.

Sticking with something for a few months is one thing. You may ask why McMullen kept at it for three decades and counting. McMullen’s late wife, Trudy, was stricken with cancer and bound to a wheelchair. He wondered how he can make her life better.

Soon after his invention hit the market, it didn’t take long to realize all that tinkering was making a difference. Testimonials poured in about his ClipDifferent product. From a woman living with arthritis, to an amputee, to a boy who kept biting his nails but couldn’t stomach the thought of using a regular nail clipper.

“I knew what needed to be done to get that perfect cut,” said McMullen. “I require to be able to get a sliver, just be able to cut a very precise little sliver of a fingernail off anytime.”

Hearing stories about how his invention changed other’s lives not only impacted McMullen, they impacted his children too.

T.J. McMullen and his sister, Melanie, left their careers to work for their dad. In the process they learned something about him.

“I thought maybe he was a little stuck in his ways,” said Melanie McMullen.

It turns out this clip was different.

“Has been so open-minded and willing to learn new things,” she said. “This company has been so exciting to be a part of.”

Since ClipDifferent was introduced to the market last fall, orders have come in from across the country. The cost per unit is $149. McMullen attributes part of that cost to how expensive it is to develop products. 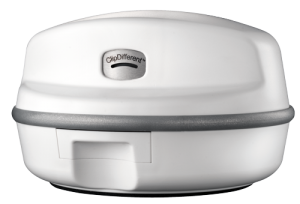 McMullen also wants to have a cushion to develop new products. In about two months, the company is coming out with a children’s model.

The startup company also learned some exciting news. ClipDifferent is a finalist for this year’s Edison Best New Product Awards in the personal care category.