Brooklyn Park will ask MnDOT to study traffic speeds on two city streets: 93rd Avenue between Zane and Regent, and 101st Avenue between Jefferson and Xylon. Both roadways are up for study because while traffic on those roads have changed over the years, the speed limits haven’t. 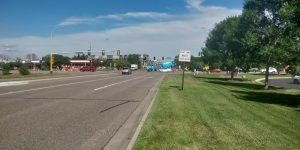 The 93rd Avenue stretch is currently set at 50 mph, but that speed limit came about in 2004, before heavy residential and commercial development went in on the north side of the road.

Right now the city is rebuilding 93rd in that area, changing it from a two-lane rural-style road with ditches to either side. The rebuilt road will have curbs, gutters, a median, sidewalks and bike trails. 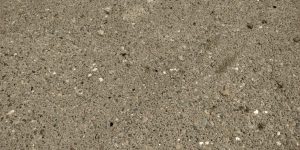 As for the two-lane 101st, it’s set at 30 mph. That speed limit was set when the road was gravel and is now covered with compressed bituminous millings, which the city says is still difficult to drive faster than 30 mph on. But the city is rebuilding that road. When it’s done, 101st will be paved smooth with more than two lanes, and the city says it will then be safe to drive faster.

Speed Limits to Be Reexamined

City traffic officials say once both projects are complete, the speed limits on those roads need to be reevaluated. However, cities are only allowed to set their own speed limits after a traffic analysis and adopting formal policies for consistency in setting limits. Most cities in Minnesota, including Brooklyn Park, have not yet done that as the option only became available last year.

Meanwhile, the only way to get the speed limit changed is to have MnDOT conduct a speed zoning study. If the state agency believes the current speed limit is too fast or too slow, it will authorize a change.

The measure came before the Brooklyn Park City Council Monday night and was passed with all council members except Mark Mata voting yes. Mata objected to the study because he felt that if MnDOT settled on a speed limit the city doesn’t like, the city will have to conduct its own speed study, which would duplicate work and waste money.

Brooklyn Park hopes MnDOT will start the studies later this year or early next after the city has finished the reconstruction projects. The studies will be free of charge to the city.