An alternative route to the Bottineau light rail project is still up in the air. But earlier this month, the Hennepin County Regional Railroad Authority purchased the property on the corner of 73rd and County Road 81 in Brooklyn Park. 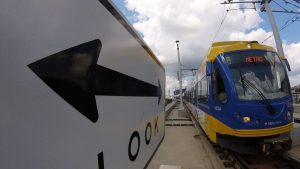 The property cost $3.1 million. County staff say it’s highly likely the land will be needed for the Blue Line Light Rail Extension no matter which option is chosen.

Originally, the Metropolitan Council, which oversees the project, wanted to share eight miles of the 13-mile planned route along the track owned by BNSF Railway. After about four years of unsuccessful negotiations, the Met Council and Hennepin County abandoned that route. Now they’ve started the process to look for other options.

“We’re fairly optimistic that we will come up with something primarily because this is something that, as we see, is really needed,” said Soler. “An LRT extension through this part of Hennepin County serving diverse communities of north Minneapolis, Crystal, Robbinsdale, Brooklyn Park, the need to provide transportation options is great.”

The route is still planned to start in downtown Minneapolis near Target Field and end in Brooklyn Park by Target’s Northern Campus.

Over the next six to eight months, the Met Council and the county will look at various options. After that, there will be community engagement opportunities.