A Brooklyn Park woman is in police custody accused of stabbing a man, then spitting at officers during her arrest.

Police were called Monday afternoon to a “disturbance” in the 7300 block of Regent Avenue North. When they arrived, they found a man who had been stabbed and in need of medical attention. A police report said the man had been stabbed by a woman “known to him.”

Witnesses helped provide a description of the suspect who police spotted in the neighborhood traveling in a vehicle.

Officers stopped the vehicle and during her arrest police say the suspect was not only uncooperative, she spit at them, “potentially exposing them to infectious pathogens,” a police report said.

The stabbing victim is expected to recover. Assault charges are pending against the suspect. 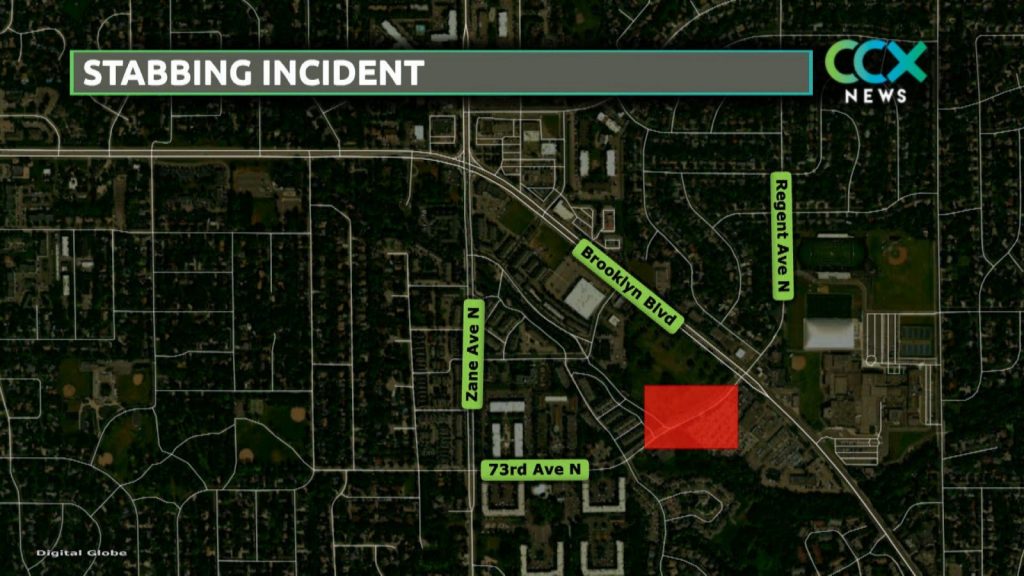