Brooklyn Park police are warning about an increase in stolen vehicles. Police say the increase started in December and accelerated late in the month.

So far this year there have been nine vehicle thefts. This follows a total of 58 vehicle thefts in December, a 93% increase over the previous year. In many of the cases, vehicles had been left running unattended and unlocked.

Brooklyn Park police say there is no amount of time that is safe to leave an unlocked, unattended vehicle running. They mentioned cases that occurred in under five minutes. Police also say stolen vehicles are often used to commit other crimes. 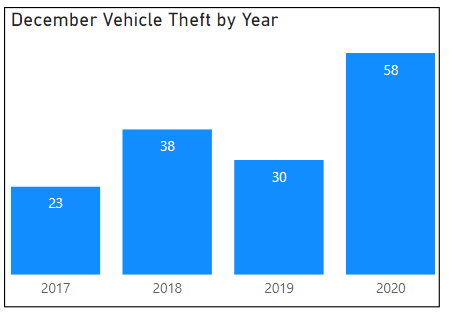