Fights have also a problem in previous years and this year was no different.

Brooklyn Park police say about 200 young people showed up at the Community Activity Center for the 56th annual Tater Daze event and about 20 of those individuals got into a fight. Police say some of the people had canisters of mace. Officials decided to end the event after 6 p.m. Saturday because they say it had become unsafe.

“Even though they were given numerous warnings to leave, or stop the fights, they wouldn’t, and the hostility continued to grow, and at that point when we realized they got on 85th Avenue and actually shut down traffic on 85th for quite a period of time, that’s when the officers decided that was enough,” explained Brooklyn Park Deputy Police Chief Mark Bruley. 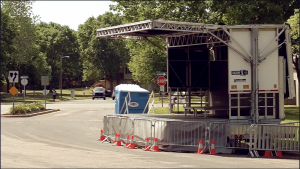 Quote from Resident: ‘What’s this world coming to?’

The event included live music, food, and bingo. Some Brooklyn Park residents say they are disappointed at how the festival ended. John Peterson and his wife arrived as the band Tuxedo was performing, but organizers informed the couple the event was closing.

“What’s this world coming to where you can’t go to a concert without having violence or anything?” said Peterson. “It’s always in the background of should I go to this event, or I might get injured.”

Police aren’t sure if any of the participants had weapons. There’s also no word yet on arrests.