Brooklyn Park police are investigating multiple shooting incidents, including one incident in which a person was apparently randomly shot at.

The random shooting happened at about 6 p.m. Tuesday near the Park Haven Apartments in the 7500 block of Kentucky Ave. N. Police say one person was walking near the apartment building when a someone came out from a concealed location and began firing a handgun. According to police, the victim did not know the shooter, who is described as a teenage boy.

Brooklyn Park police located multiple shell casings. No description of the shooter was available. Police are also investigating a vehicle associated with the crime.

Meanwhile, authorities are also investigating a shots-fired incident that occurred just after 2 a.m. Monday in the 9500 block of Noble Parkway.

Someone in the area called 911 to report hearing gun shots. Police eventually located two people in a vehicle at a parking lot of a closed business. They told police another vehicle pulled into the lot and shots were fired at them.

According to police, the victims’ vehicle was hit by gunfire, but nobody was hurt. It’s unclear how many people were in the vehicle where the shots came from.

The investigation continued Wednesday with no arrests yet made. 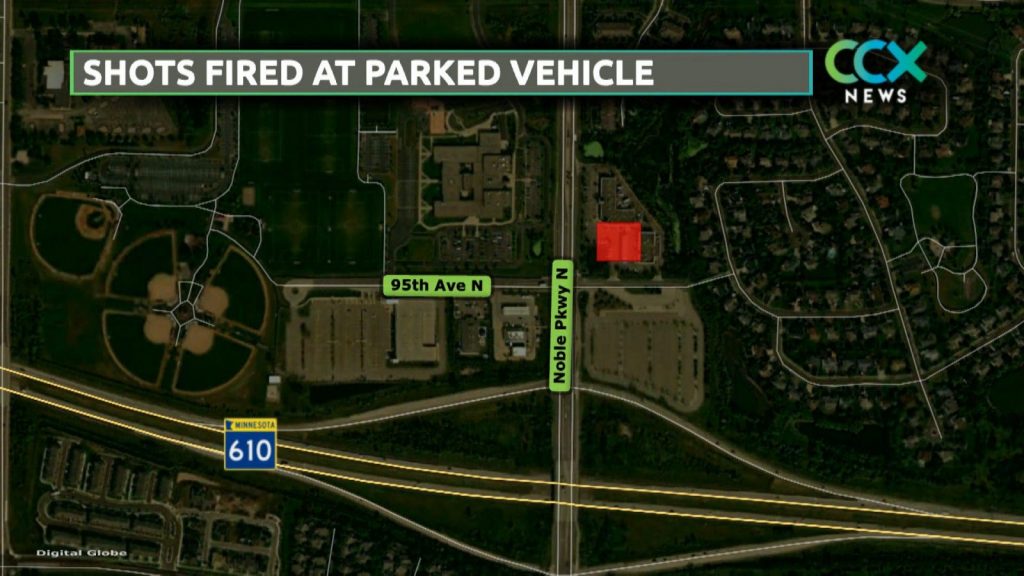 A third shooting occurred at about 4:50 p.m. Sunday at Central Park. Brooklyn Park officers located a man with a gunshot wound.

According to authorities, the shooter fled prior to the arrival of police.

The man who was shot was taken to a nearby hospital. His injuries are not considered life-threatening.

Police tell CCX News Wednesday that there was no update on the case, which remains under investigation.