Brooklyn Park police are investigating an armed carjacking that occurred in the 9600 block of Colorado Lane North just after 7:30 p.m. Wednesday.

Police say the victim was sitting in the car when two people approached the vehicle. One had a gun. The thieves then fled in the victim’s vehicle.

There are few other details on the case as police continue to investigate. This particular area is a busy shopping center location with a Cub Foods and an LA Fitness all in the vicinity.

As of Thursday afternoon, no arrests had been made. 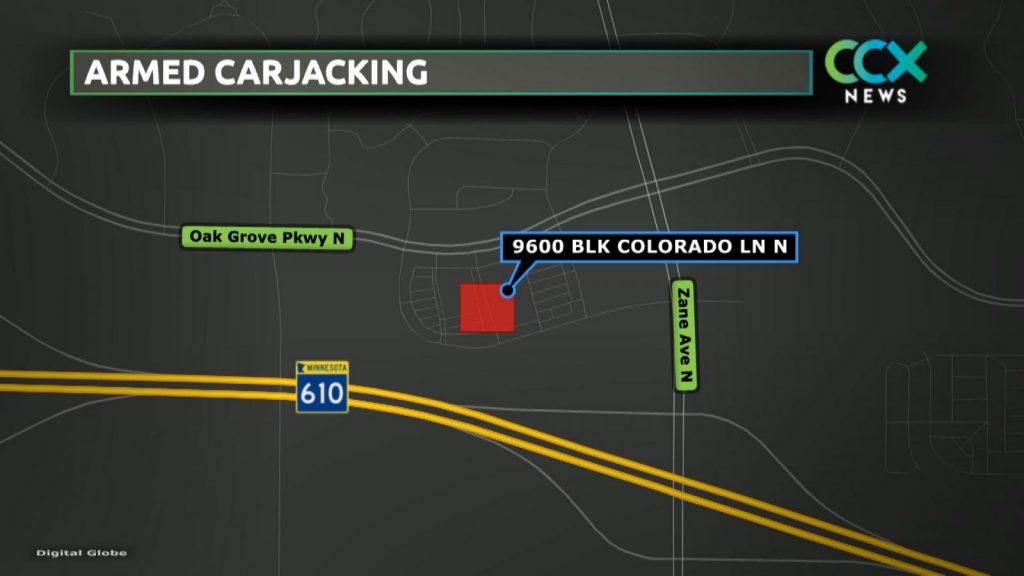