Brooklyn Park Deputy Police Chief Mark Bruley says the cars were stored in the service area of the dealership as a preventative measure to avoid exposure to bad weather over the long weekend. Surveillance footage shows multiple men entering the service area and coming in twice to steal the cars. Police say all of the cars had keys inside of them. 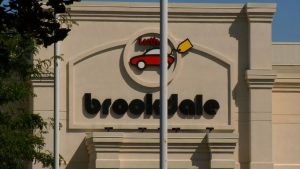 Brooklyn Park police began investigating the theft after Minneapolis police found a man slumped over in one of the stolen cars Monday morning. Police say the individual had several key fobs from the dealership.

“It’s interesting that they knew or got awful lucky that all those vehicles had keys in them and would be inside and easy access,” said Brooklyn Park Deputy Police Chief Mark Bruley. “So we’ll look into all angles of who did this and how it occurred. As far as the vehicles, we recovered almost all of them, all over the metro, including as far away as Albert Lea.”

Three cars are still missing and one man is in custody facing charges.  Brooklyn Park police are still searching for the other accomplices. If you have any information they encourage you to contact the police department.