Brooklyn Park police have announced the arrest of an alleged attempted kidnapping suspect that they had been seeking. Police say the 15-year-old suspect allegedly attempted to grab a 3-year-old child on Tuesday inside the McDonald’s restaurant at 1480 85th Ave. N.

Police say the suspect’s foster parents encouraged him to turn himself in. Police announced the arrest late Wednesday night.

“We’d like to thank the community for re-sharing, and their assistance in this matter,” police said in a news alert.

According to police, the child screamed and the suspect fled on a bicycle after stealing the cell phone.

Charges in the case are pending. 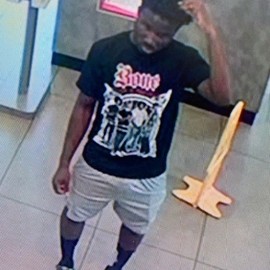