Jeff Lunde was elected to the Brooklyn Park mayoral seat nearly 10 years ago in a special election following former Mayor Steve Lampi’s death. Since then, he’s won two terms and is now winding down his final days in the leadership role.

Lunde prides himself on always being accessible to residents. When he looks back on his tenure, Lunde says he’s most proud of how the city has developed over time.

“There were a lot of issues about community pride. People were embarrassed to live in Brooklyn Park,” said Lunde. 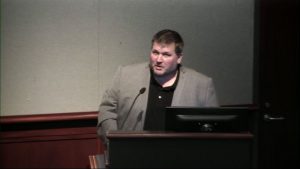 Lunde took office at the tail end of the housing crisis and says it was one of the most challenging issues he faced as mayor.

“We were hardest hit of any city in Minnesota, proportionately, [during] the foreclosure crisis,” said Lunde.

But Lunde says the city is different now. Brooklyn Park is growing. Major companies have moved their headquarters to the city, and more people choose to call Brooklyn Park home.

Police reform was also a top priority for Mayor Lunde, especially this summer after George Floyd died in Minneapolis police custody. Several community engagement events were held, but Lunde admits they weren’t as successful as he would have liked.

“We had lots of people come to get engaged, except for African-Americans. We had immigrant communities, we had white, but we didn’t get the key demographic,” Lunde said.

Brooklyn Park recently hired the Wilder Research group to study the police department and how the city could better improve relationships between law enforcement and residents of color. Lunde says it’s essential to address this issue with the city’s large, diverse population.

“Twenty percent of our community is foreign-born,” explained Lunde.

Lunde will be sworn in as Hennepin County commissioner in January.