Hennepin County District Court Judge Peter Cahill sentenced Berry Davis, 42, of Brooklyn Park, and Cedric Berry, 42, of Minneapolis, to life in prison without the possibility of parole, the Hennepin County Attorney’s Office announced Monday. A jury convicted both men in June for the murder of realtor Monique Baugh.

Baugh was lured to a fake home showing in Maple Grove on New Year’s Eve in 2019. That’s when prosecutors say Davis and Berry kidnapped Baugh and held her hostage in the back of a U-Haul truck for several hours, torturing and eventually murdering her. Baugh was 28 years old and had two young children. 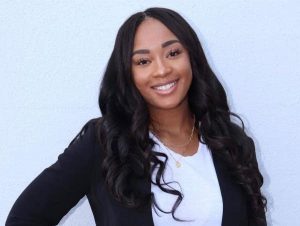 Three others are also awaiting trial in the case. Court records indicate the crime was committed because another man, who prosecutors identify as Lyndon Wiggins, believed Baugh’s boyfriend “snitched” on him for dealing drugs.