On the Brooklyn Park campus of Hennepin Technical College, there’s a video simulator that allows law enforcement students to practice how they’d respond to real-life scenarios.

But on a recent Tuesday, the students involved were all young women between the ages of 14 to 18.

Kennaria Hopkins, a senior at Anoka-Hennepin Regional High School, is one of the 10 students who signed up for Brooklyn Park’s first ever, “Wonder Women” event.

“I wanted to learn more about what officers do,” Hopkins said.

“You don’t see a lot of African American females being in law enforcement,” Hopkins said. “I mean, I haven’t seen one until today.”

The Brooklyn Park Police Department is working to change that. 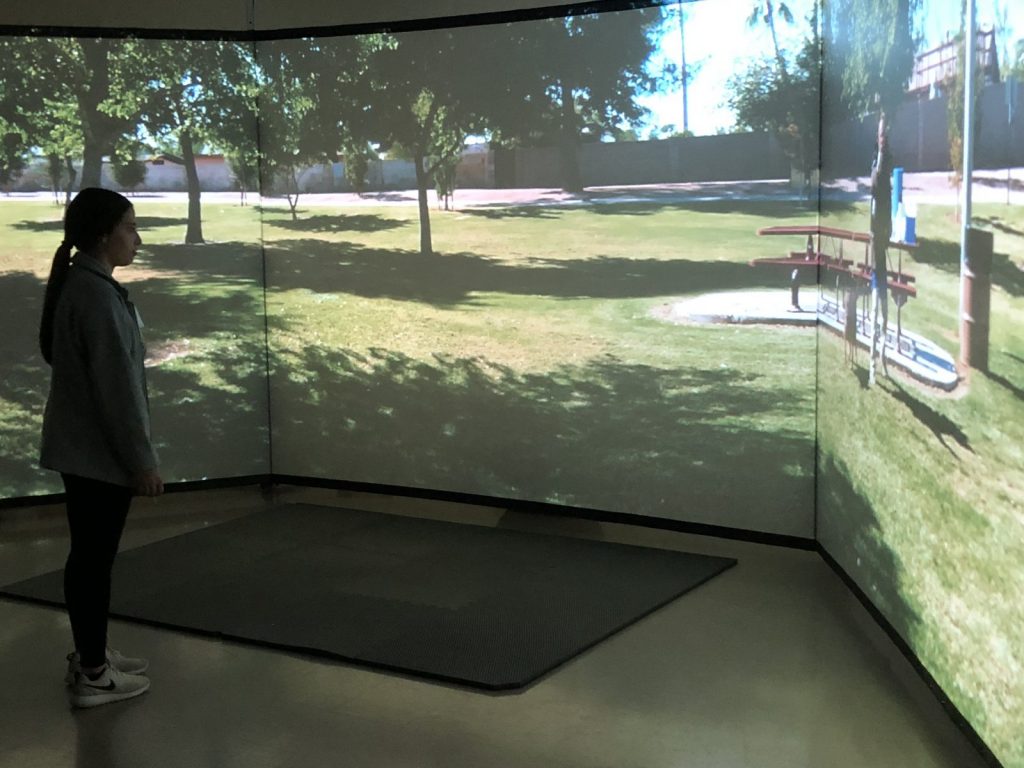 A student taking part in the Brooklyn Park Wonder Women event goes through a training scenario at Hennepin Technical College.

Currently, the department has 100 sworn officers on staff, but of those hundred officers, only 13 of them are women.

“It’s not where we want to be. We would love to be exceeding that,” said Brooklyn Park Police Inspector Toni Weinbeck, who’s one of those 13 officers.

Weinbeck says one of the department’s goals is to have a staff of at least 30 percent female officers by 2030. It’s a pledge they call 30 by 30.

While that may be true, Inspector Weinbeck says there are things women can bring to police work that their male counterparts cannot. 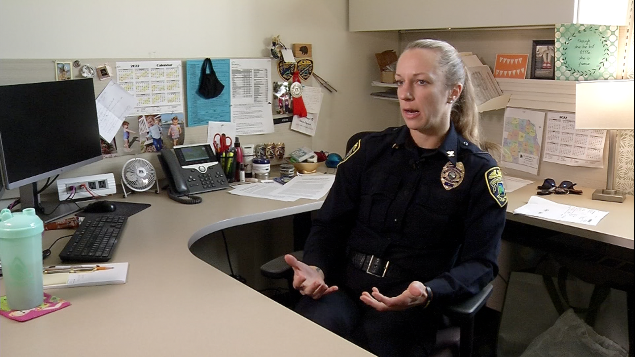 Inspector Toni Weinbeck is one of 13 female officers with the Brooklyn Park Police Department.

“Because of women’s ability with compassion, with empathy, they’re less likely to use force than their male counterparts as well,” she said. “So there’s a lot of aspects as we start to look at how we need to adapt our policing and the strategies and the tactics behind what we do as police officers. A part of that comes down to making those decisions.”

While there’s no guarantee any of the young women at the Wonder Women event will ultimately pursue a career in law enforcement, the officers are making that connection with them now in case they decide to go that route.

“There’s a lot of smart women out here that can do the same thing as men can,” Hopkins said. “So I feel like it’s good for more women to step out of their comfort shell and do what they want to do instead of listening to what other people have to say.”