Under Brooklyn Park’s ordinance, THC products must be sold behind a counter or locked away for employees to access first. Only those 21 and older can purchase THC products.

The city will also require a $1,000 annual licensing fee and a $500 background check for businesses wanting to sell THC edibles and beverages. Officials say the fee will cover anticipated costs of administration and enforcement. The ordinance also caps the number of licenses at 45, which allots 15 licenses each for the east, central and west council districts in the city. 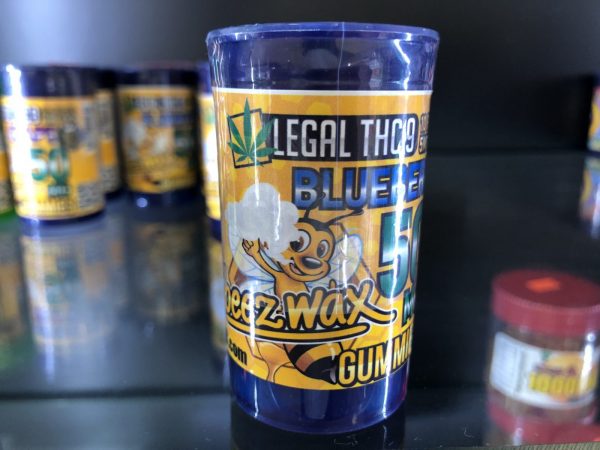 A container of THC gummies at a smoke shop in New Hope.

In approving the ordinance, city council members say regulation is needed to address the state law that took effect July 1.

“If we don’t pass anything, that means we actually have no guide, no regulation, which means it could be sold however way, and we have no say, which is actually more dangerous,” said Brooklyn Park City Council member Susan Pha.

Jim Thomson, city attorney for Brooklyn Park, has previously stated that if cities banned the sale of THC products, it would set them up for lawsuits.

The vote approving THC licensing was 5-1. Brooklyn Park Mayor Lisa Jacobson, who has spoken out against THC sales, was the lone no vote. Council member Boyd Morson abstained.

“This will allow us to be able to go into the stores in Brooklyn Park and look for those illegal products, rather than having to wait for the state to send someone out and do all that,” said Keith Jullie, licensing manager for the city.